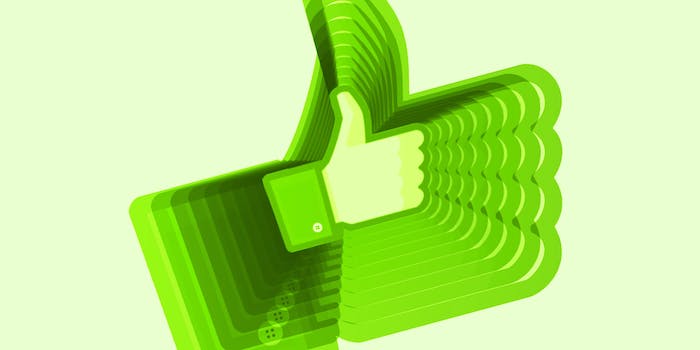 Everyone knows you can't be trusted with a social media account.

Remember back when taking an embarrassing photo could be remedied by simply tearing it in half? These days, a scandalous picture can find its way onto Facebook and haunt you for life in less than a few seconds. In a new Facebook project pans out, however, users may be able to breathe easier about what pictures end up on their profiles.

Facebook, Wired reports, is working on a way to detect and remove potentially embarrassing photos before they reach users’ profiles. It’s the latest in a growing trend of tech companies trying to protect you from yourself.

This latest push to prevent you from ruining your own life comes from Facebook’s Artificial Intelligence Research Lab, which was started on Dec. 9, 2013. Yann LeCun, the head of the group, leads the research that may eventually stop your drunken selfies in their tracks.

LeCun and his team have been investigating ways to smooth the process of handling one’s online identity. Every day, Facebook’s billions of worldwide users drunkenly post things online that will eventually come back to bite them. Whether it’s a rant about the boss or a picture with his wife, humans regularly prove that they should not be trusted near computers.

There are already browser plugins and web apps that attempt to judge whether you’re sober enough to be allowed on Facebook or Twitter, but these things are all based on the assumption that you’ll actually use them. Unless you recognize and attempt to remedy the problem with one of these third-party services, you’ll just keep posting regrettable things every time you get within three feet of a mojito.

If Facebook’s research pans out, the site will essentially walk you through your digital life, step by step, so you don’t mess it up. Preventing a half-naked bar photo from landing on your profile is only part of the battle, however. You’re still at risk of ruining digital relationships when you’re level-headed and sober. Facebook will have you covered on that front as well.

LeCun, speaking with Wired, hinted at the introduction of a virtual assistant to keep you from saying something stupid to a trusted friend.

“Imagine that you had an intelligent digital assistant which would mediate your interaction with your friends,” LeCun suggests, conjuring the terrifying specter of a future in which humans are so completely inept at social interactions that we literally cannot have a casual conversation with a friend without our computer helping us through it.

If you think this sounds a bit like Facebook saying it’s lost all faith in humanity, you’re not alone. The idea that we, as humans, are so prone to ruining our own lives that we need to be monitored at all times seems a bit drastic. Yet the case for Facebook’s research certainly seems to be there. We’re not universally adept at making good judgement calls, inebriated or sober. Maybe we could use a bit of help after all?