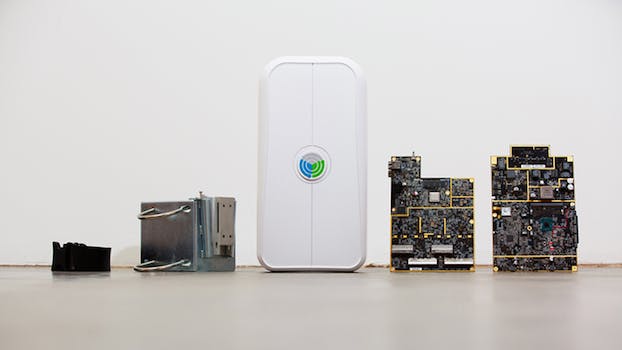 A modular platform for data connectivity.

Facebook wants to make the world “more open and connected,” by bringing internet—and Facebook—to developing areas that don’t have affordable or easy access to data.

To that end, the company launched OpenCellular, a wireless platform that aims to bring voice, text, and data to places where cellular infrastructure is lacking. The hardware and software project will be open-sourced so telecom companies, developers, researchers and equipment manufacturers can create infrastructure on top of it and affordably deploy mobile access to parts of the world that don’t have it.

The two-part modular system includes components for general computing with a microcontroller, microprocessor, control mechanism, and sensors; and a radio that acts as an access point or a full network-in-a-box when paired with the computing piece, Facebook’s Kashif Ali explained in a blog post.

“Traditional cellular infrastructure can be very expensive, making it difficult for operators to deploy it everywhere and for smaller organizations or individuals to solve hyperlocal connectivity challenges,” he wrote.

Facebook CEO Mark Zuckerberg said the OpenCellular hardware is the size of a shoebox and can support up to 1,500 people in a six-mile radius.

OpenCellular is the latest project by the social network and advertising giant to beam internet to people that lack access to the web. Over 1.6 billion people use Facebook every month, and there are four billion people in the world that are not yet online. To target those folks, Facebook’s Internet.org initiative is building solar-powered drones and lasers to connect people around the world, as well as partnering with telcos to provide web tools, including Facebook, for free or reduced prices.

Facebook’s efforts have not come without criticism, and the company has experienced roadblocks deploying its ostensibly altruistic, but ultimately financially beneficial, efforts in developing areas. Activists claim Facebook is violating net neutrality by providing certain free services to select groups of people. And because Facebook and its partners would decide what to offer, it acts as a gatekeeper to access and content.

In a blow to the company’s plan to get more folks online, the Indian government banned Free Basics earlier this year, Facebook’s Internet.org effort to provide a stripped-down version of the service for free.

Facebook is testing OpenCellular at company headquarters and working with mobile partners to make the platform available to more people and organizations. Employees have been able to send and receive texts, make calls, and connect to the web via 2G using the new hardware.