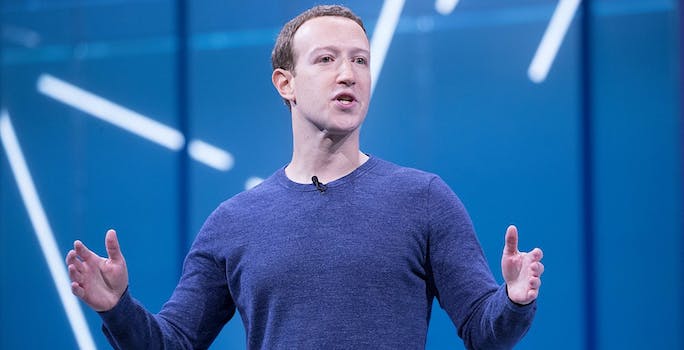 New court documents released Wednesday in an antitrust lawsuit show the extent of data mining done by Facebook-owned VPN Onavo—and the company’s knowledge of its capabilities.

Onavo was founded in 2010 by Guy Rosen and Roi Tiger and sold to Facebook in 2013. Guy Rosen currently serves as Meta’s (formerly Facebook’s) Head of Integrity.

Documents filed by the plaintiffs—as part of a potential class-action suit—allege Facebook “built the largest real-time surveillance system in existence” by using Onavo’s technology to obtain user data from third-party apps and cross-reference it with data from Facebook-owned apps.

The newly unsealed documents were first put on Twitter by Jason Kint, CEO of Digital Content Next, a trade association for digital content companies, and were verified by the Daily Dot.

“Not only could Facebook determine how much time users spent on their own apps, but it could determine what users were doing on other apps, including as to the media sent through other apps. In some cases Facebook could spy on the content of messages sent or media sent or received on a user’s device,” the suit says.

Facebook has been under fire from politicians and lawsuits alike, with growing calls to divest its assets and questions surrounding its business and surveillance practices. Documents released in the suit help confirm the suspicions of many.

The suit, filed in December 2020, claims Facebook has monopolized social networking and social media by mining and harvesting user data. The suit seeks to clarify anyone with a Facebook profile from 2007 to present as a class for the class-action suit. The suit was filed by the law firm Keller Lenkner LLC and global business litigation firm Quinn Emanuel Urquhart & Sullivan, LLP. It was filed on behalf of named plaintiffs Sarah Grabert and Maximilian Klein. It seeks an order prohibiting Facebook from engaging in the alleged data mining and would require Facebook to divest assets such as Instagram and WhatsApp.

“Facebook has used its behemoth-status as a weapon to clear the field of any and all competitors that threaten to take away market share,” the lawsuit says.

“Facebook made clear that it would copy incipient competitors’ innovations and discriminatorily shut off these firms’ access to Facebook’s valuable user data if they did not sell their businesses to Facebook first. The message to its competitors was explicit: sell at a bargain, or Facebook will go into ‘destroy mode.’”

The complaint also cites an email from a Facebook executive detailing these allegations.

“What we can detect are the media transfers since those use a unique user-agent over HTTP,” the email reads. “For Facetime app we also have a unique detection method … with that we can report usage of video/audio calls including durations.”

Court documents also cite an alleged March 24, 2017 presentation where Facebook described building a model to better identify young users between the ages of 13-18. Facebook was “using Onavo to granularly model young users” and create machine learning capabilities based off the models.

In 2019, a TechCrunch investigation alleged that Facebook was using Onavo to mine data from teenagers. Shortly after the investigation went public, Facebook shut down Onavo and pulled it from the Google Play stores.

Onavo had a range of products, including Onavo Insights, a mobile analytics platform that tracked the market share of its users’ apps and their active usage. After Facebook acquired Onavo, this platform was used by Facebook to monitor competitors and track the success of other users’ apps. The data gathered led to the acquisition of WhatsApp and Instagram in 2014. Onavo was then also used by Facebook as a part of its Facebook Research project to gather information on user app usage outside of the Facebook suite of apps.

This means that while Facebook was already monitoring user trends and activity within its own apps, it was also monitoring user activity outside of in third-party apps, including supposedly secure iOS applications like iMessage and FaceTime. Any person who downloaded Onavo Protect, Onavo’s VPN software, unwittingly giving Facebook access to see what they were doing, watching, and reacting to in third-party applications.

Outside of the Onavo accusations, the newly unsealed documents alleged anticompetitive behavior with Foursquare, eBay, and Netflix, claiming that Facebook leveraged its close personal ties to broker collusion deals. It also alleges that Facebook launched competitive products to these services—such as Watch and Marketplace—and used the market threat to get reciprocal data from the companies.