Taking a page (sorry) from Medium.

Facebook‘s long-neglected Notes feature is getting a Medium-like upgrade. Facebook employee John Biesnecker, one of the company’s user operations leads, demonstrated the new features in a post on Monday—and the new design looks very familiar.

A large header image takes up several inches at the top of the post, and the clean, white-space-heavy copy appears right beneath it. It looks strikingly like Medium, the blogging platform popular among techies that built its own ecosystem of publications in a bid to occupy a space between journalism and the think-piece economy.

Facebook’s new Notes even use the same circular avatars as Medium—although that design also appears in Facebook Messenger, so it might not be “borrowed” from Medium.

“We’re testing an update to Notes to make it easier for people to create and read longer-form stories on Facebook,” a Facebook spokesperson confirmed to the Daily Dot. 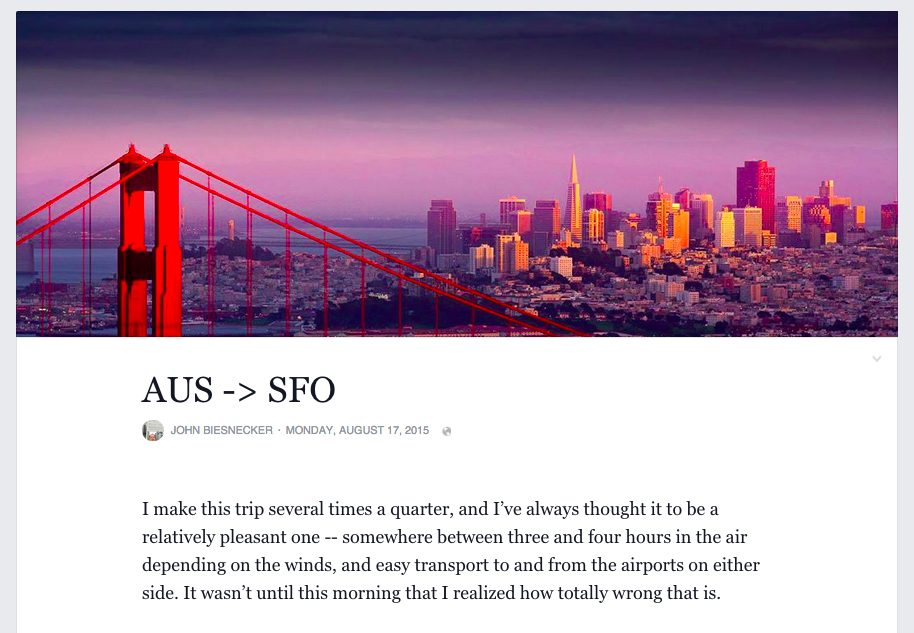 Beyond their minimalist design and large cover photos, the new Notes also let people tag their friends, resize photos, and drop in hashtags and links.

For now, Facebook is only testing the feature among a small subset of its massive user base.

The new Notes design is another component of Facebook’s push to get more people to both create and consume content directly on the site.

Facebook recently launched a Periscope competitor for verified celebrities that lets them broadcast live directly to their fans. It’s rumored to be working on a news notification app similar to Twitter that lets publications send breaking-news alerts to people who Like their pages.

Facebook is also making a massive push in native video, angering some YouTube creators who claim that the company is rewarding trolls for ripping videos off of other platforms and creating viral hits on Facebook through native uploads.

A site that once billed itself as the place for friends and family is quickly becoming a destination for media.

Given how many blogging platforms already exist, it’s unclear how Facebook will make Notes stand out. Users can set their notes to be publicly viewable, but they’re still composing and sharing their thoughts in a walled garden that Facebook controls. Anyone who wants to publish Notes—or read private ones—needs a Facebook account.