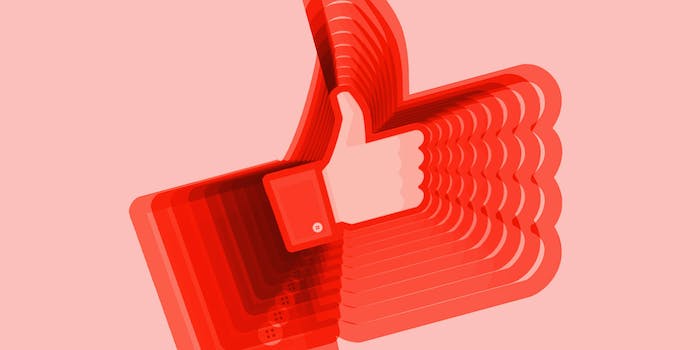 Here's why it's so hard to find what you're looking for on Facebook.

Back in October I visited social discovery company Storyful in its New York offices to learn about its partnership with Facebook in trying to discover and surface the most newsworthy content that appears on the giant social network. They sat me down and showed me how they discovered a drone video of the Hong Kong protests and dozens of celebrity Ice Bucket Challenges before anyone else.

What struck me was how inefficient their system was—not through any fault of their own, but because Facebook’s own ecosystem made it that way. Storyful had to rely on creating pre-populated lists on various regions and subjects and hope that the lists were comprehensive enough that they would surface something newsworthy. For instance, Storyful had created a list of activists and influencers in Hong Kong, so when reports of protests began to erupt Storyful could then consult the list and search for newsworthy images and video.

The reason for this front-heavy approach, where prep-work needed to be done before discovering the content, is that Facebook has always had bad search functionality. For years, plugging a word into the search bar would only search for pages, groups, and people that had that word in their names or titles. Compare this to Twitter, where I can plug in any handle, keyword, hashtag, or URL and get back results of every user that’s used it. (I find this tremendously valuable when trying to find who’s shared my content on Twitter. Valuable for my ego that is.) Twitter doesn’t need a company like Storyful to surface content for journalists because the discoverability on Twitter is much more efficient. It was tremendously easy, for instance, for me to find tweets from on-the-ground protesters in Ferguson, whereas on Facebook I wouldn’t have even known where to start. And so I was overjoyed when I read the headline that Facebook would begin allowing you to search through public posts, but as soon as I started reading the details I grew dismayed. Reporters who used the new feature said that, while it did search posts, it only searched through posts within your network of friends. This is a step in the right direction but far from the robust search offered up on Twitter and the rest of the open Web via Google.

The new search functionality became available to me on desktop recently, and I eagerly checked it out. Sure enough, most of the content that it showed me came from friends and pages I followed. I did a search for #torturereport, a widely used hashtag, and only received four results, three from pages I followed (not sure why the fourth one surfaced). 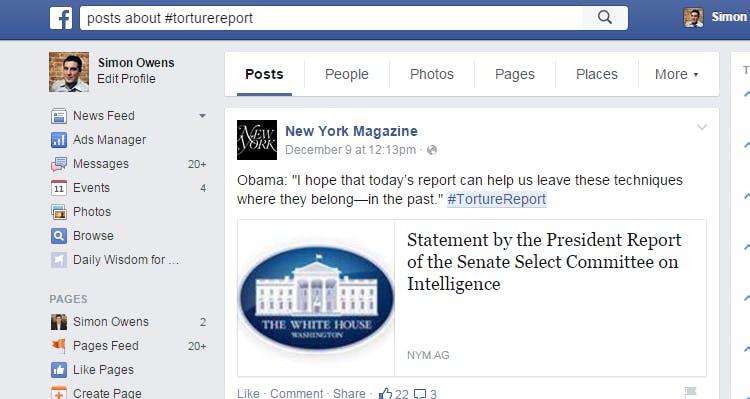 What’s more, I had no control over how the search results were displayed. On Twitter search, I can toggle between “top” results, which first displays accounts I follow and accounts that have a lot of followers, or “most recent,” which shows me keyword results in reverse chronological order. Searches on Facebook would yield photos that were years old at the very top of results, and so it was sometimes difficult to find recent developments on a topic.

This is a step in the right direction but far from the robust search offered up on Twitter and the rest of the open Web via Google.

Of course, that was just the desktop version. Some people who have gained access to the mobile version said that searches on the mobile app turned up results from friends and pages they don’t follow, though they weren’t able to search by most recent.

This might all sound like nitpicking, but I think it’s important. Facebook is one of the largest websites and certainly the largest social network on the planet. Billions of pieces of content, a good percentage of it valuable, is being produced every month there, yet discovering most of that content is near impossible. As both a marketer and journalist, I truly hope that there comes a day when I can plug a URL, a keyword, or a hashtag into Facebook search and see every mention within a public post. Until then, most my research and source gathering will remain on Twitter.