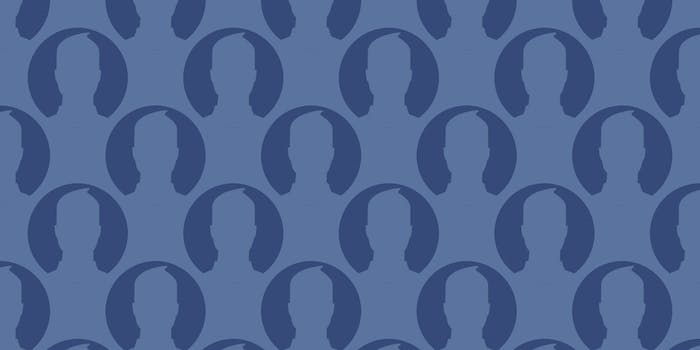 Get ready to prove yourself.

One week ago, Facebook apologized about a policy that outraged an outspoken group of drag queens, catalyzed a fresh wave of skepticism among users, and drove its members blindly toward a nascent social website called Ello. After three weeks of silence, Facebook did apologize, sort of—but it did not change its existing policy. Now, a handful of users have begun to reclaim their real real Facebook names, but it only works if they know someone with a little clout.

In at least three cases and likely many more, Facebook only reinstated the name on an account after a user forwarded a direct complaint to someone they knew at the office of San Francisco District 9 Representative David Campos, the attorney who met with Facebook, Sister Roma, and the other drag queens who brought the issue to mainstream attention in San Francisco last month. Most users who were forced to change their names during the debacle are locked out, still forced to wait 60 days to appeal to change it back. 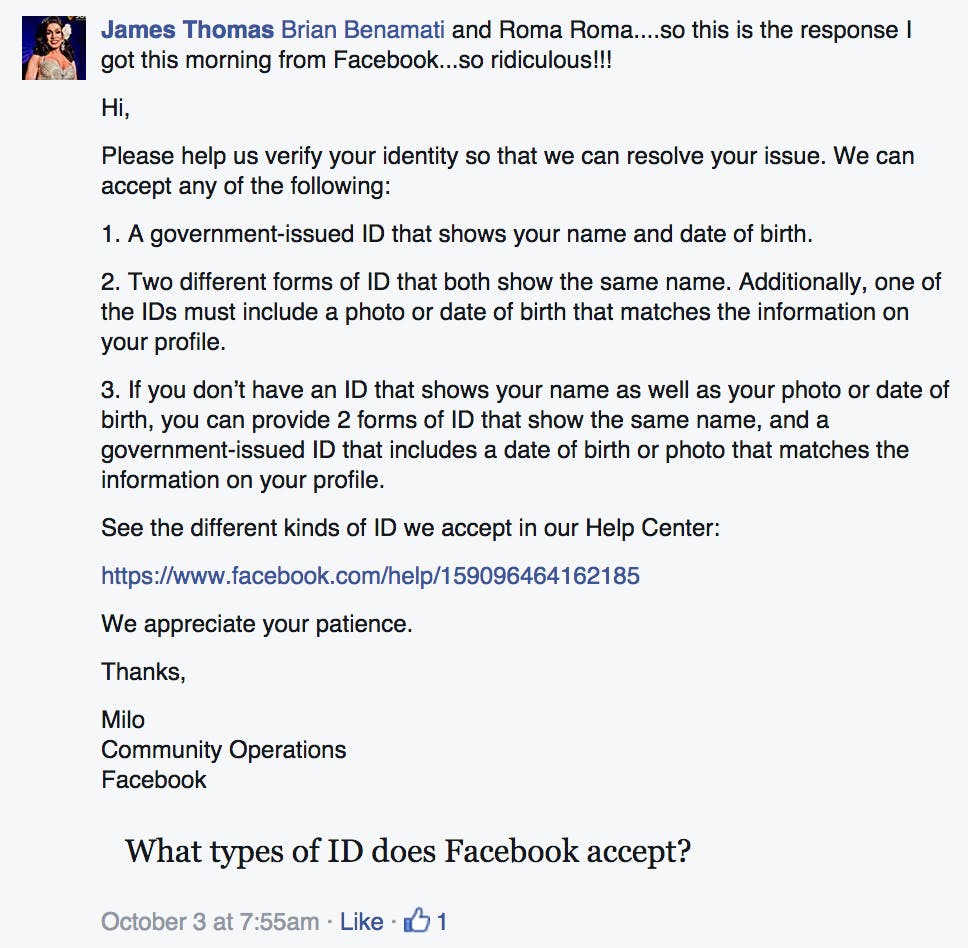 When Facebook’s apology, a 594 word sleight of hand, was posted by Facebook Chief Product Officer Chris Cox as a status update on his personal Facebook account a week ago, there was no form provided for users to request the reinstatement of their names. (Notably, normally when major policy or product updates are announced, that news gets posted to the Facebook Newsroom blog or another blog within the company, like this other privacy policy update.) Instead, many users still saddled with uncomfortable names turned to members of their own community on Facebook and elsewhere, who seem to only be able to effect change if they know a guy who knows a guy. 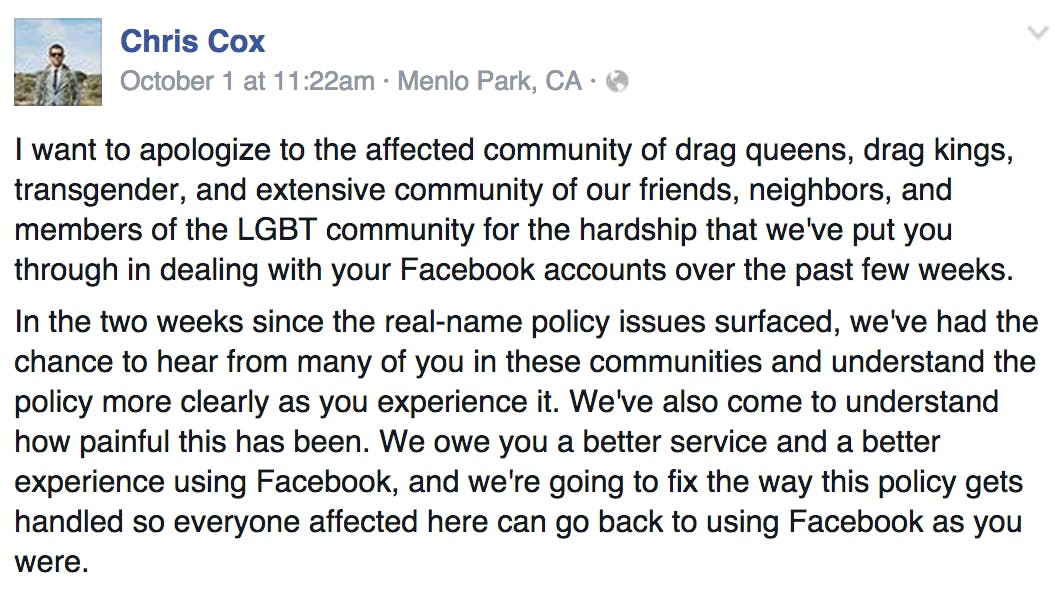 To recap, here’s how the social network addressed the issue: Facebook spent three weeks in silence and then decided to let its most likable and fifth most powerful executive, Chris Cox—a man most Facebook users don’t know from Adam—apologize on his personal Facebook account. As planned, word quickly spread that Facebook finally apologized—apologize was actually the fourth word in Cox’s statement, just in case you stopped reading there, which Facebook was banking on. Naturally, many inferred that Facebook intended to change the policy that had caused so much strife, much of it disproportionately affecting members of the LGBTQ community among other vulnerable subsets of Facebook users, like those fleeing abuse, persecution, and cyber-bullying.

Make no mistake: Facebook reserves the right to kick you off of Facebook for using a name that, in the most recent remix of the “real name” policy, doesn’t match your gym ID or a piece of mail.

A week ago, after declaring that “Our policy has never been to require everyone on Facebook to use their legal name,” Facebook changed the wording on its page “What names are allowed on Facebook?” from this:

The name you use should be your real name as it would be listed on your credit card, driver’s license or student ID

The name you use should be your authentic identity; as your friends call you in real life and as our acceptable identification forms would show.

The reworded policy included a link to a list of acceptable forms of ID that you can provide should your account come under fire. As cited earlier, Facebook now gives you three options of verification to choose from (good luck parsing the instructions).

Rather than actually changing its policy, Facebook reserves the right to enforce it arbitrarily, which next week could mean that if your Facebook account doesn’t match your “gym ID” or you sort of don’t look like the photo on your library card, then we’re back to square one.

If your account is flagged, like so many were in the month of September, then you’ll receive this popup message: 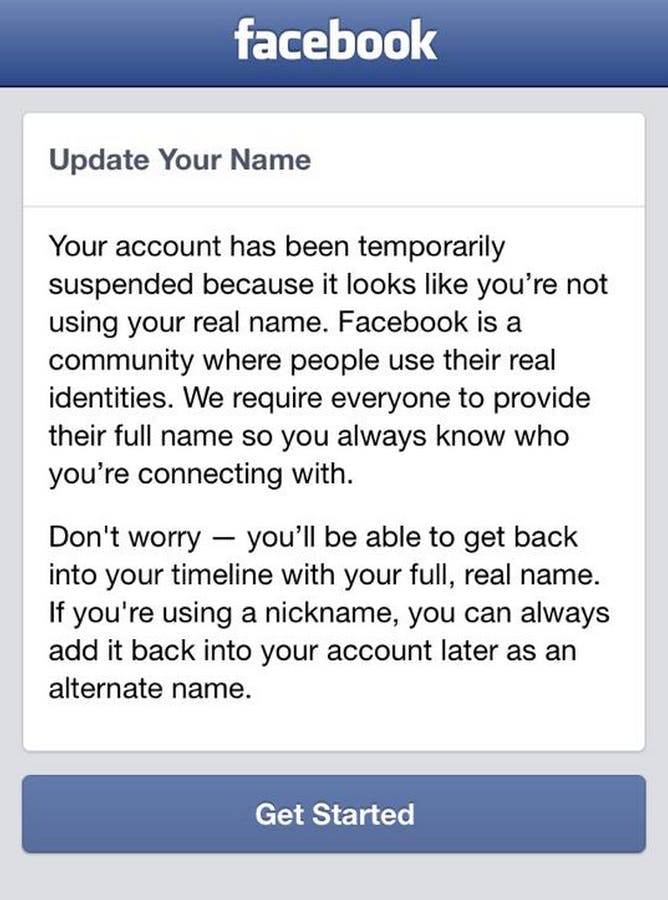 You’ll then be met with this message, which prompts you to upload your ID. 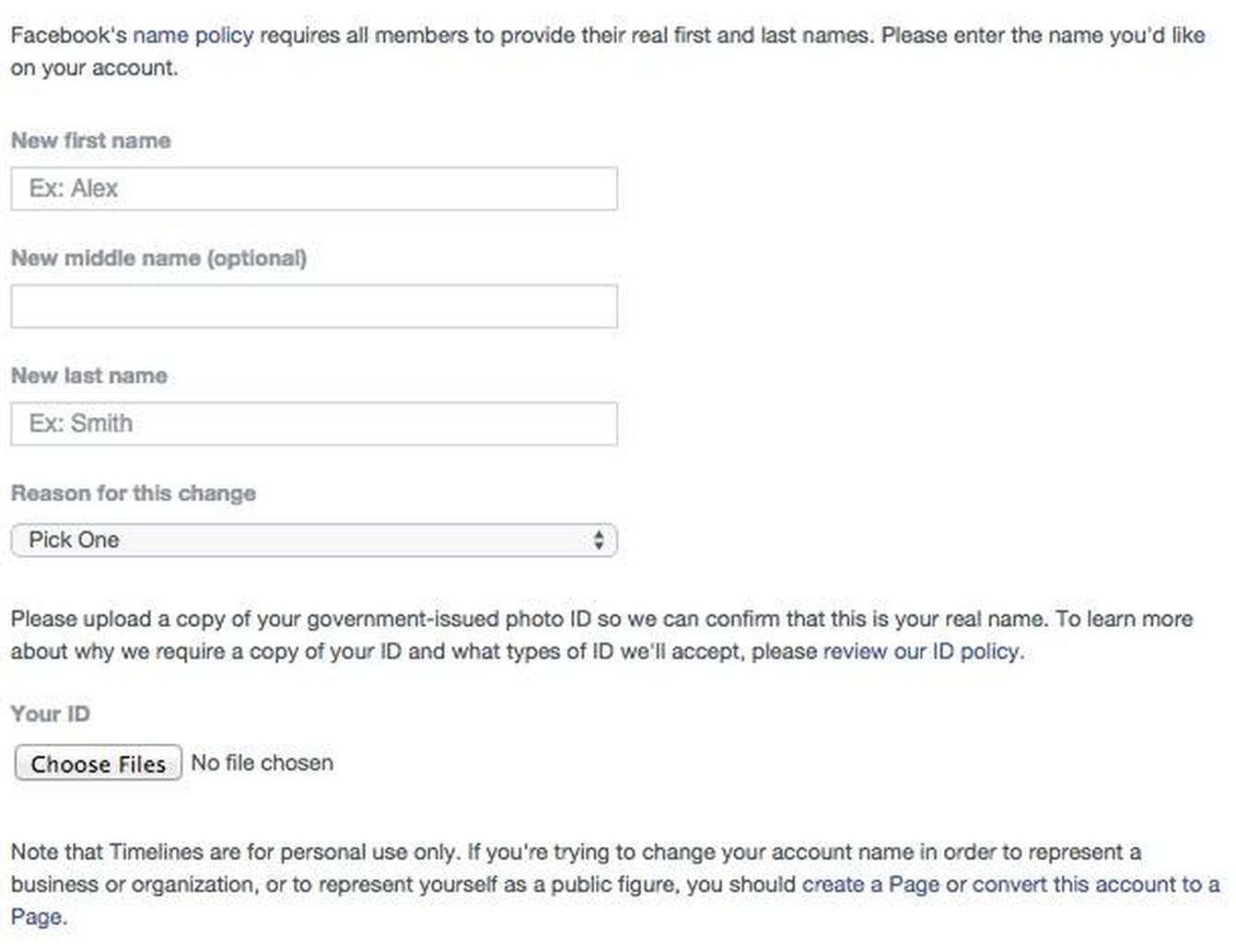 In some cases, Facebook users were able to just change their account name to something more “real” sounding—more often than not a much more blatantly fake name. In other cases, Facebook adjusted the account to match the legal ID provided.

Facebook wants to improve its account reporting system to do what it’s actually supposed to do, which is to protect its users from exactly the kind of harassment that its system made possible to begin with. For all that Facebook knows about us, a single user was still able to outsmart its “tools for understanding who’s real and who’s not.” The system was essentially a “report” button with little to no human oversight. Reported accounts were processed in batches, possibly by someone else clicking a different button somewhere on the other end.

It should go without saying that Facebook is an advertising company with a vested interest in tracking every move you make. And Facebook isn’t free—without an option to pay for membership, our personal data is the price of entry. Now that the company has launched an ad platform that goes beyond the walls of Facebook to the Web at large, its interest in monetizing your identity by selling parts of it back to you through targeted advertising is more pressing than ever. Yes, in theory, a policy requiring “real names” keeps Facebook safe from the kind of online harassment that Twitter and Tumblr must trudge through. Given Facebook’s bottomless resources and mountains of social data, shouldn’t it be able to figure out a better system than essentially forcing its users to fax in a copy of their driver’s licenses? Maybe we shouldn’t be worried about everything Facebook supposedly knows about us after all.

Much like the user who abused Facebook’s system to report thousands of drag queens and LGBT users, and the occasional cartoon character, Facebook suggests that it will seek to provide “better tools” and “more deliberate customer service” for processing flagged accounts. Which is to say that it will provide any tools at all to verify that an account is engaging in the exact kind of “bullying and intolerance” that its “real name” policy made possible to begin with. The policy itself is harassment. Unfortunately, forcing a transgender person to bear the burden of proof of their own gender, name, and identity won’t feel unfamiliar. In that light, Facebook is an unsafe space just like any other—we should adjust our expectations accordingly.