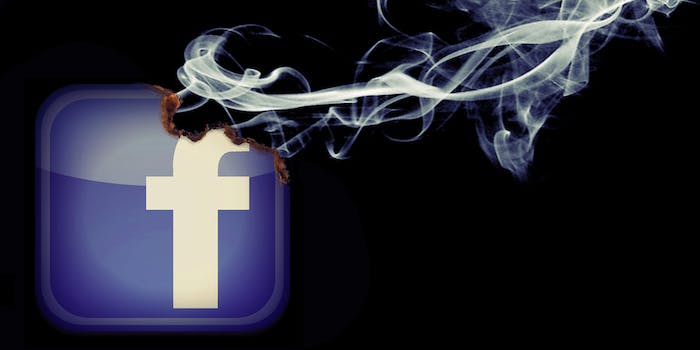 Hey, listen to this adorable Yeti though.

That charming bigfoot isn’t fooling anyone. Facebook is apparently acutely aware of the outrage over its new practice of forcing users to download Facebook Messenger, its dedicated messaging app. Any user trying to send a message in the regular Facebook app is quickly redirected to the Facebook Messenger app, a pretty sneaky trick, depending on how you look at it.

As TheNextWeb reports (the feature hasn’t popped up for us yet), Facebook is now aggressively defending its choices within its core app, where a friendly message from your neighborhood Facebook-repping Yeti invites you to read up on the “Myths vs. Facts” on Facebook Messenger. The Yeti button points to an embedded blog post from Messenger Product Manager Peter Martinazzi.

The defense of Messenger, also available in full online, argues that Messenger is all around better for the consumer.

Why we’re asking people to install Messenger—We’re committed to providing a fast, reliable and fun messaging app that anyone in the world can use to reach the people who matter to them. That’s why we’re focusing just on Messenger and moving messages out of the Facebook app. People usually respond about 20% faster when they have Messenger, and we think they’ll find both apps useful in different ways. We hope you’ll try out Messenger and enjoy everything else you can do with the app, like chatting with groups and sending stickers.

The Messenger backlash must have been pretty massive to prompt Facebook to bust out the irresistibly cute bigfoot, but we don’t see the company backing down from its exponentially more monetizable single-serving app strategy any time soon.