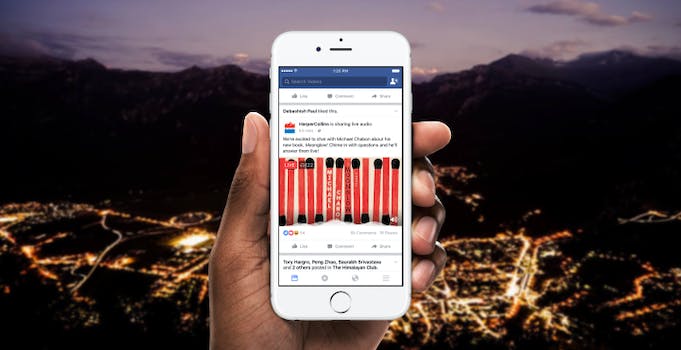 Close your eyes and listen live.

Facebook has ramped up its efforts to give content creators a canvas, and its newest feature is purpose-built to please artists, podcasters, and audiobook lovers. The company introduced Facebook Live Audio yesterday, an audio-only option for the Live broadcasting platform. Audio is the next evolution to Live, which gained the 360 feature last week, letting viewers stream 360-degree videos in real-time from the social media site.

The company says it is responding to requests for new live formats, with publishers wanting to tell stories through words instead of video. Previous workarounds of achieving this goal included pointing your camera at a still image or playing with Facebook’s application performing interface (API).

Audio-only simplifies things, and will operate much like Live video, with listeners able to discover content in their News Feed, ask questions, and leave real-time reactions during the broadcast. One technical benefit of broadcasting audio instead of video is the decreased dependency on network stability and speeds. Those living in rural areas, or in areas with congested networks, should theoretically have a much easier time with audio-only broadcasts.

The podcast industry has taken off in recent years, so it should come as no surprise a company invested in human interaction would fight for a piece of the pie.

Over the next few weeks, Facebook will be testing Live Audio with partners like “BBC World Service, LBC, Harper Collins, and authors Adam Grant and Brit Bennett.” The company plans to make the new format available to more publishers and users early next year.