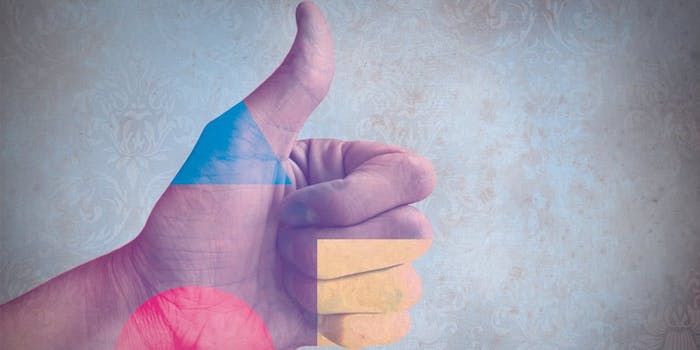 Your Facebook likes are protected by the First Amendment

Facebook likes qualify as speech, a federal appeals court holds, and that means they fall under the First Amendment.

A U.S. federal appeals court confirmed Wednesday that, contrary to previous rulings, Facebook likes are protected by the constitutionally-guaranteed First Amendment right to free speech, with all the legal protections that implies.

The case stems from 2009, when B.J. Roberts, who for the previous 17 years had served as Sheriff in Hampton, Va., decided to mount another reelection campaign. But there was dissent in his ranks: officer Jim Adams also announced he would run for the job, and two employees of the office clicked Like on “Jim Adams For Hampton Sheriff” on Facebook.

When Roberts was reelected a few months later, those two found themselves curiously out of a job. Backed by the ACLU, they filed suit, saying they lost their jobs for what should be free speech.

In his ruling, District Judge Raymond Jackson called a Facebook like “the Internet equivalent of displaying a political sign in one’s front yard,” which, the Supreme Court has previously found, is indeed protected by the First Amendment.

That a user may use a single mouse click to produce that message that he likes the page instead of typing the same message with several individual key strokes is of no constitutional significance.