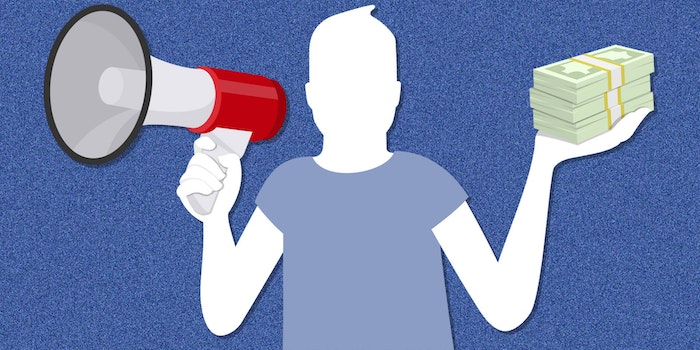 Reporting from Sludge finds that anti-immigrant and anti-LGBTQ have been spending millions on Facebook ads.

In-depth reporting from Sludge found that Facebook has sold over a million dollars of ads to hate groups in the last year-and-a-half, despite their anti-hate speech policy.

In May of 2018, Facebook began publishing its archive of political and social advertisements and Sludge found that during that time at least 38 hate groups and figures paid $1.6 million in exchange for running almost 5,000 ads.

The hate groups in questions have been defined as such by the Southern Poverty Law Center (SPLC), a non-partisan non-profit that tracks and reports extremism. Ads that were sold called undocumented immigration an “invasion” and others called LGBTQ people “evil.”

Breaking down the ad buys further, Sludge found that nearly $960,000 in ad revenue came from anti-immigrant groups while over $540,000 was spent by anti-LGBTQ groups.

As Facebook was selling ads well before 2018, Sludge estimates that the company has made much more from hate group ad buys.

The largest spender over this period was the Federation for American Immigration Reform (FAIR), who SPLC calls “America’s most influential anti-immigrant organization.” FAIR bought over $900,000 in ads since mid-2018. The actions of the group have been largely motivated by the widely debunked racist theory of “white genocide.”

American Vision, an anti-LGBTQ Christian reconstructionist think tank—which supports the execution of Americans who “have LGBTQ sex”—purchased 47 ads since mid-2018.

“We continually study trends in organized hate and hate speech, and work with partners to better understand how they evolve,” a Facebook spokesperson who declined to be named told Sludge. “We are reviewing the content [Sludge] flagged and taking action against any posts or ads that violate our policies.”

This is not the first time that Facebook has faced scrutiny for failure to enforce its hate speech policy.

Following a 2017 ProPublica investigation, Facebook Vice President Justin Osofsky issued an apology stating, “We’re sorry for the mistakes we have made—they do not reflect the community we want to help build,” he said. “We must do better.”