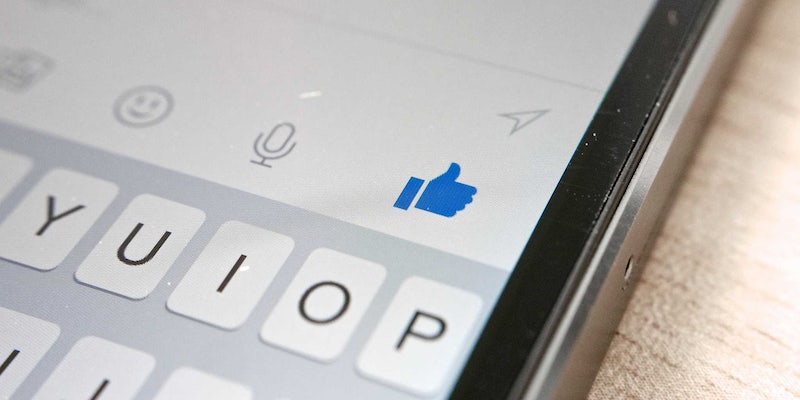 Facebook is making it impossible to hide from your friends.

Start preparing excuses for why you haven’t looked at the invitation to your friend’s improv troupe performance. In its latest attempt to ruin friendships, Facebook is beginning to unveil read receipts for Events.

The addition of read receipts here will give hosts the ability to see who has received invitations and checked updates posted to the Event page. The confirmations—which are designed to give hosts a better idea of who they need to be in contact with and guests the ability to plan better with their mutually invited friends—will be visible on all platforms.

A Facebook spokesperson told the Daily Dot, “We’re piloting the ability for private event hosts and guests to know whether their friends they invited have seen the event.”

Read receipts have become a standard feature for chat platforms, including Facebook’s own Messenger app. The scourge of modern communication, the confirmations show when a message is viewed (and make it easy to see when a friend is avoiding sending a reply).

Facebook also includes these notifications in Groups, which provide an indicator when each member has viewed a post.

In both Groups and Messenger, there is no option provided by Facebook for disabling the read receipts. Of course, there are unofficial workarounds that will do the trick for you if you feel strongly enough about protecting your right to not respond immediately to everything.

Just like Facebook’s other iterations of the read receipts, there is no option to opt out of the confirmations in Events. (Though give it a week and it’s likely someone will figure out a solution.)

It’s not hard to imagine a similar feature being included for friend requests, Wall posts, and comments as the Facebook continues its ceaseless mission of telling everyone about everything their friends do. For its part, Facebook declined to comment on if it plans to further expand its program to other parts of its service.