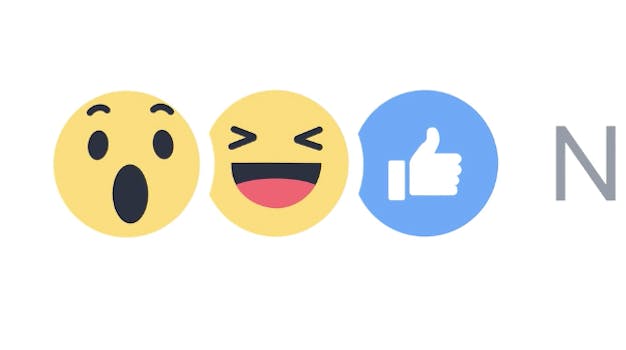 How to use Facebook’s new emoji Reactions

The long-promised feature has finally arrived.

The company rolled out Reactions globally on Wednesday, the new emoji responses you can add to Facebook posts. Instead of a “Dislike,” button that some people wanted, Facebook now lets you respond to posts with emoji: Like, Love, Haha, Wow, Sad or Angry.

To respond to your various social posts with emoji, simply tap and hold the Like button on mobile to see them pop up above your finger. On the Web, hover your cursor over the “Like” link to see the new options.

In a blog post announcing the new features, Facebook said the company researched the emojis for a year to figure out what kind of reactions would be the most popular. Initially, Yay was one of the initial choices, but the company decided not to include that emoji because of nebulous interpretations of the word and emoji. 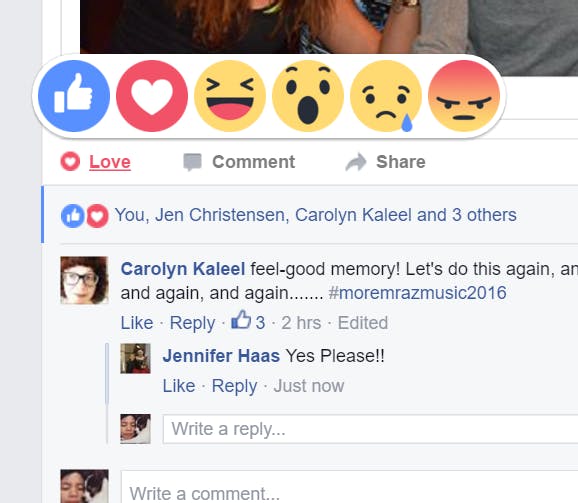 Facebook analyzed the stickers and emoji that people were using most frequently on Facebook in their research as well, seeing what was most popular among users to turn into Reactions. The company first revealed what Reactions would look like back in October.

The new Reactions make Facebook look much different. Instead of the number of Likes it shows under a post, it shows the number of reactions, along with different emoji. It looks a bit more cluttered, but with all the new options, a minimalistic design was likely a challenge to implement.

Everyone will finally get Reactions on mobile and the Web. If you don’t have it yet, you will soon.