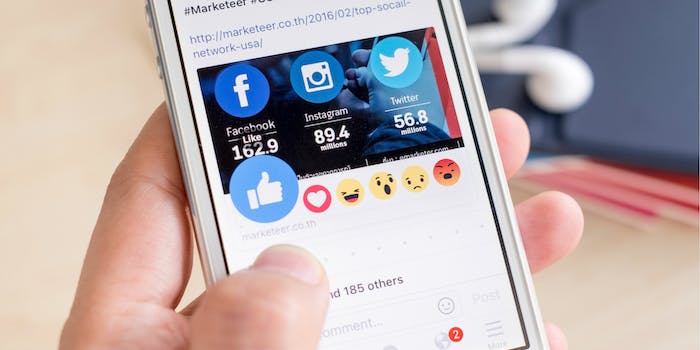 Expect to see a lot more angry faces on Facebook.

The social media giant is bringing its emotional emoji to the comments section so you can see how the world feels about everything you write. The feature is rolling out now to the desktop and mobile versions of Facebook. It works just like reactions to posts, which the social network added in February last year. Just head down the comments section of a post and hover over the “like” button under the name of a commenter. You will be presented with six different icons to use, “love,” “haha,” “wow,” “sad,” and “angry,” and the legendary “like.” To use the new reactions on mobile, just press and hold the “like” button on a comment until you see the emotions appear. You can also hover over the icon that shows the number or type of emoji used to see a breakdown of reactions.

“We’ve heard from people they’d like more ways to show their reaction in conversations on Facebook, so we’re rolling out the ability to react to comments,” a Facebook spokesperson said in a statement to Mashable.

With these new emotions, it appears Facebook is doing all it can to prevent people from ever having to type again. It’s also aggregating emotions into clean sets of data, allowing advertisers to more easily visualize and market to people’s emotions.

The social media platform added emotions to its Messenger app earlier this year, which means you can react to almost everything written on Facebook without typing a single word.