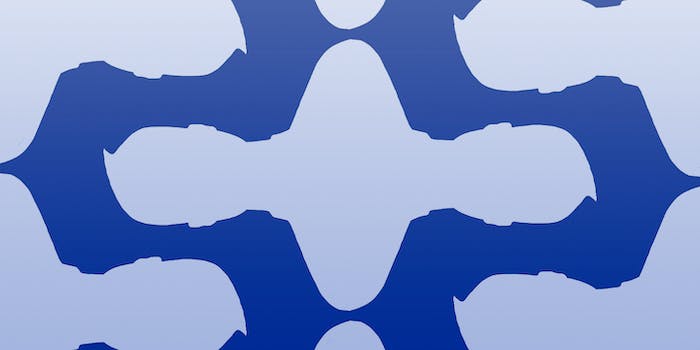 Today, Facebook unveiled yet another earnings report and yet another jump for its mobile platform. If you want the TL;DR, it’s all in this tweet:

But there’s plenty more where that came from. Daily Active Users (DAUs) are up the world over, to no one’s surprise, and mobile-only monthly users also went up. The big takeaway from the numbers, once more, is that mobile growth is driving Facebook’s revenue.

There are a variety of impressive and mind-boggling slides in Facebook’s earnings report, but a couple of things worth noting: Facebook gets the most bang for its buck off of users in the U.S. and Canada, and there was a big increase in Facebook’s investment in Research and Development last quarter. 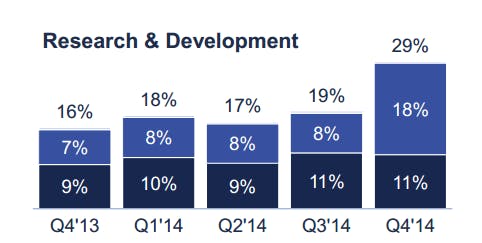 The call wasn’t all numbers. CEO Mark Zuckerberg also talked about how ads are definitely coming to WhatsApp and Messenger, but that this won’t happen for awhile, and the roll out will be gradual.

“We’re about where Facebook was in 2006,” he said speaking of WhatsApp, noting that in Facebook’s early days it was really just a consumer product and the suggestion was that the company just stick banner ads on the site to make money. Instead Facebook created Pages to help brands and companies create organic interaction with users, and the ad business was built on top of that.

“Businesses are starting to figure out with WhatsApp what the organic interaction is,” he explained. “I’m a fundamental believer that these will be a big part of our business over time, but we just have to get it right.”

Zuckerberg also talked about Internet.org, responding rather tersely to a reporter’s question on why he spends time briefing investors about the project.

“It matters to the kind of investors that we want. If we only cared about making money we’d just talk about increasing ads to users in the United States, but that’s not the only thing we care about here.” He added that connecting more countries to the Web means more Facebook users, something that benefits the company as well as its investors.

And once again, Zuckerberg reminded us that “Facebook is about connecting the world.”