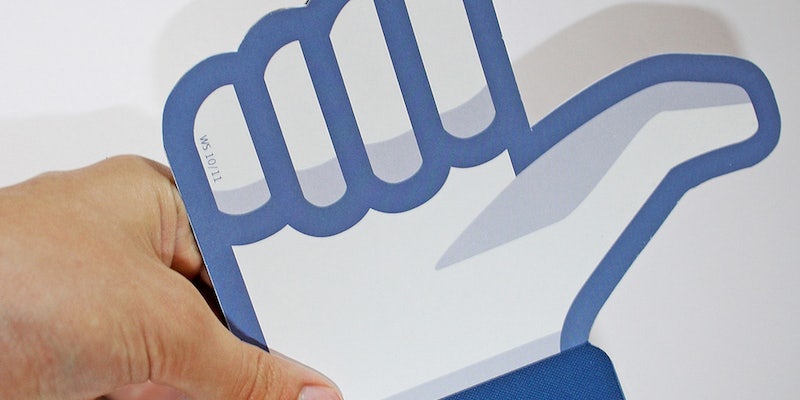 Facebook ‘dislike’ button will actually be more of an ’empathy’ button

The world nearly went mad Tuesday when Facebook CEO Mark Zuckerberg said that the company was actively creating a “dislike” button, but Tech Crunch has some bad news if you’ve been fantasizing about employing a button that allows you to dump on other people’s posts.

Instead of a “dislike” button, this latest idea would be more of an “empathy” button.

Here’s how Zuckerberg originally explained it.

As Zuckerberg says, “People have asked about the dislike button for many years,” but he says he doesn’t want to turn Facebook into a forum where users can vote up or down on other people’s posts.

Said Zuckerberg: “We’ve come to understand that people aren’t looking for an ability to down-vote other people’s posts. What they really want is to express empathy” for posts that discuss world tragedies or the death of a Facebook user’s loved one.

So, there you go. As for why a new button has taken so long, Zuckerberg said that the process of creating a button like this is surprisingly complicated for such a simple interaction. Assuming the testing of the new button performs well, Zuckerberg said Facebook will roll it out more broadly.

Previously, Zuckerberg had said the company would not build a dislike button.

“There’s something that’s just so simple about the ‘Like’ button… but giving people more ways of expressing more emotions would be powerful,” Zuckerberg said in December, via the Guardian. “…We need to figure out the right way to do it so it ends up being a force for good, not a force for bad and demeaning the posts that people are putting out there.”