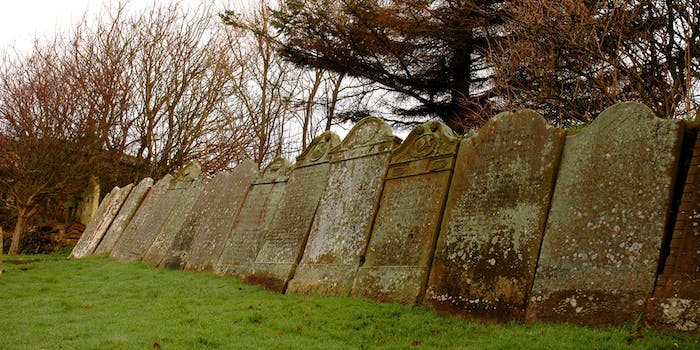 Facebook changes what happens to your page after you die

Your teachers were right: What you do on social media lasts forever.

Remember that story about the grieving father who begged Facebook for access to his deceased son’s Look Back video? To the delight of everyone following the story, Facebook eventually heeded the man’s request. Now, to better address the wishes of grieving family members who want to access their loved one’s timeline, Facebook has changed its policy on what happens to your Facebook page after you die.

While Facebook previously memorialized users’ pages, making them available only to friends of the deceased, according to a blog post from Facebook earlier today it’s no longer restricting the pages’ visibility. Instead, deceased users privacy settings will stay the same from when they were alive, leaving the content on the page as is. Here’s the post:

Over the past several months, we’ve been thinking about and working on better ways for people to remember loved ones. As we continue to think through each aspect of memorialization, we ask ourselves questions that have no easy answers: How might people feel? Are we honoring the wishes and legacy of the person who passed away? Are we serving people who are grieving the loss of a loved one as best we can?

Based on conversations inspired by these questions, we’ve decided to make an important change to how we preserve legacies on Facebook. Up to now, when a person’s account was memorialized, we restricted its visibility to friends-only. This meant that people could no longer see the account or any of its content unless they were Facebook friends with the person who passed away. Starting today, we will maintain the visibility of a person’s content as-is. This will allow people to see memorialized profiles in a manner consistent with the deceased person’s expectations of privacy. We are respecting the choices a person made in life while giving their extended community of family and friends ongoing visibility to the same content they could always see.

To a certain extent, Facebook’s reasoning makes sense: If the goal is to honor the wishes of the deceased, then leaving a deceased user’s privacy settings intact seems like the least they could do. On the other hand, if you die in an accident, the last thing flashing through your mind ain’t gonna be, “Damn, I probably should’ve set my profile to ‘Friends Only’ before I left the house, now everyone’s gonna see that embarrassing typo in the status update I wrote about Kanye West’s new album.”

Although memorializing a Facebook page requires a family member’s consent, it’s impossible for Facebook to know whether keeping your page public, or private, or whatever, is actually what you would’ve wanted. And the decision to make your profile a matter of public record, even post-mortem, gives Facebook even more power over your online presence than it already had.