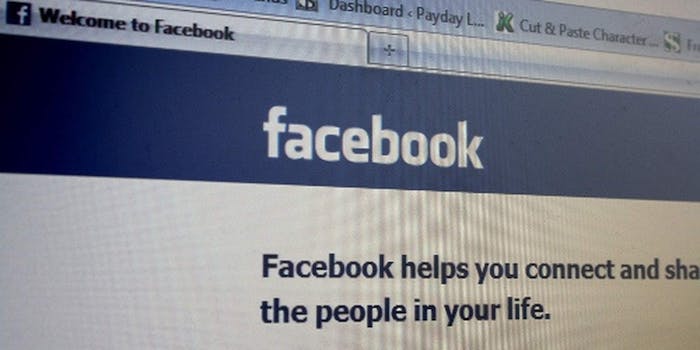 Scammers are cloning Facebook profiles to dupe victims' friends out of their dollars.

If there’s one thing we’ve learned from pop culture, it’s beware of the clones. That, and maintain your skepticism, even when it comes to online interactions with your friends and family.

Scams have been popping up on Facebook using cloned personal profiles to extort cash from victims’ connections.

It works like this: A online miscreant carefully copies all of your photos, personal information, and perhaps your most recent posts from your Facebook page and creates an identical page under your name. The person blocks you, so you can’t see their activities. Then, in a way reminiscent of a creepy sci-fi flick, they replace you with a greedier, more malevolent version of yourself.

They “friend” your friends and look for opportunities to spring the trap, faking some kind of emergency as an excuse to ask your personal contacts for money. Or, they’ll make up some kind of investment scheme and pitch it to your connections on Facebook.

While most people know to beware scams from strangers online, guards seem to lower when familiar faces are involved.

One woman told a Fargo television station she lost $42,000 after a person who claimed to be her pastor’s wife contacted her about an opportunity to make money.

“I’m usually more skeptic [sic] than that, but I’ve just been going through so much,” she told KVLY/KXJB news. The woman said her husband died and she recently gained custody of two grandchildren. She could use the money and her pastor’s wife was someone she trusted.

The imposter sent her to a website where she invested thousands of dollars she may never get back.

Another man interviewed by the station had better luck. His friends contacted him directly on his cell phone after getting strange messages from what appeared to be his account on Facebook. He was able to warn them that it was indeed an imposter before they sent money for a concocted emergency.

Facecrooks, a website dedicated to monitoring seedy Facebook dealings, posted a warning about these cloning scams more than a year ago, but apparently word hasn’t gotten around to everyone yet.

The site suggests the best way to protect yourself from being cloned is to keep your profile locked down so only friends can see it. Also, beware who you connect with, because friending a cloned account gives scammers access to all of your information.

Finally, and most importantly, always be highly skeptical of anyone who asks you to send or invest money online, even if they’re your best buddy. You could be entering the twilight zone where your friend is not your friend and your money is no longer your money.