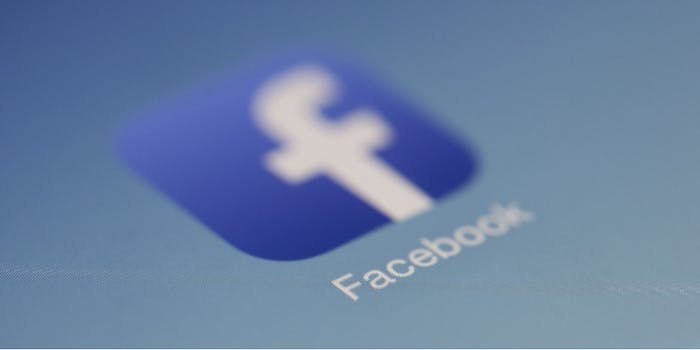 The group has been banned since early last year.

Ads linked to far-right group Britain First ran on Facebook last month despite the group being banned from the social media platform, according to a new report.

There were at least two ads that ran, BBC reports, and the page that created them, Political Gamers TV, was removed after the news outlet contacted Facebook. The ads were for a petition to stop a mosque from being built in a town southeast of London. Political Gamers TV said it just reports on what Britain First does and isn’t linked to the group, according to BCC.

The ads were reportedly first spotted by a user last week, but the social media giant said they did not violate its policy. After BBC contacted Facebook, it removed them, according to the report.

Britain First was banned by Facebook early last year, several months after President Donald Trump retweeted a number of anti-Islam videos posted by one of the group’s leaders, Jayda Fransen.

“We thank the BBC for bringing the page Political Gamers TV to our attention, which violated our policies and has now been removed,” Facebook said in a statement to the news outlet. “We urge people to use our reporting tools if they find content that they believe violates our community standards, so we can continue to take appropriate action such as this.”

In a statement, Britain First accused the social media site of “political gerrymandering” and “censorship.”

You can read all of BBC’s report here.