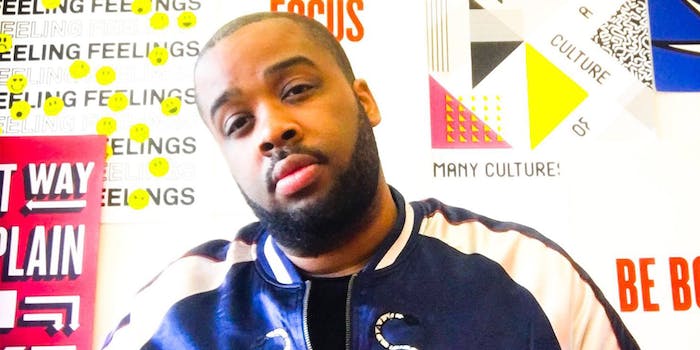 He says Facebook is failing its Black employees and users.

“Give people the power to build community and bring the world closer together” is Facebook ’s mission statement. Mark Zuckerberg may believe it but one of his former Black employees is skeptical.

In a 2,500-word note posted on Mark Luckie’s Facebook account on Tuesday, he aired his grievances with the company. He also sent it to his colleagues a day earlier. He started the memo with a punch: “Facebook has a black people problem.” As a strategic partner manager for global influencers focused on underrepresented voices, he doesn’t think Black people are being fairly accounted for or listened to. He says Black people don’t trust Facebook:

“Black people are finding that their attempts to create ‘safe spaces’ on Facebook for conversation among themselves are being derailed by the platform itself. There is a prevailing theory among many black users that their content is more likely to be taken down on the platform than any other group.”

Facebook spokesman Anthony Harrison this week answered Luckie’s concern in a statement: “The growth in representation of people from more diverse groups, working in many different functions across the company, is a key driver of our ability to succeed.”

Luckie also noted that Facebook is not just failing its users but also its employees. He liked the company’s growth of Black employees from 2 percent in 2016 to 4 percent. But this isn’t enough to “reflect its most engaged users,” he said, adding: “There is often more diversity in Keynote presentations than the teams who present them. In some buildings, there are more ‘Black Lives Matter’ posters than there are actually black people. Facebook can’t claim that it is connecting communities if those communities aren’t represented proportionately in its staffing.”

Facebook responded in a statement to the BBC: “We want to fully support all employees when there are issues reported and when there may be micro-behaviors that add up. We are going to keep doing all we can to be a truly inclusive company.”

Ime Archibong, Facebook’s director of product partnerships, didn’t appreciate the gesture. Archibong tweeted that “[f]or any of us to try and claim our experience is representative of all experiences here is simply false.”