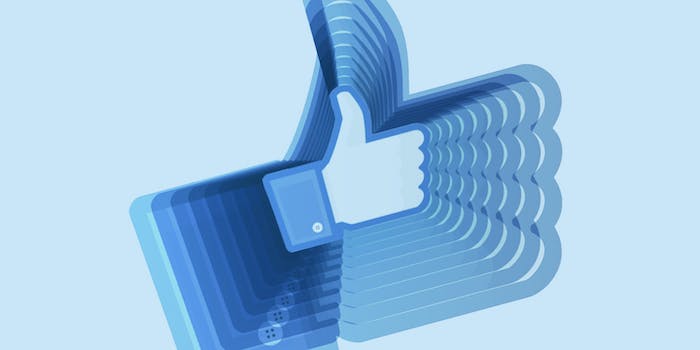 In an ideal world, Facebook’s News Feed would consists of great stories shared by people with unique points of view with thoughtful discussion taking place in the comments. In practice, it’s pretty much just a collection of your uncle’s conspiracy theories about how the government is run by lizard people. Facebook finally wants to change that.

Starting today, users will be able to help Facebook spot hoaxes and hopefully stop the spread of bad information. Using the Report Post feature, users will now have the option to mark a story as false news. When a number of people have reported the story as inaccurate and full of dirty lies, Facebook will add an annotation to warn users that many others have reported it as fake.

Rather than rely simply on user-reported accounts, which will no doubt consist of people trying to tag news stories as inaccurate when in actuality they just don’t agree with it, Facebook will also contribute to the cause by tracking how often stories are deleted.

Since your gullible friends regularly share nonsense only to delete it once they learn they’ve been tricked (Facebook says people are two times more likely to delete hoax posts after receiving comments from friends telling them it’s fake), Facebook will keep track of how often people quietly, shamefully remove posts from their wall and take that into account.

Even with the reports, Facebook will not be removing links to fake stories entirely. Instead, those flagged as false and regularly deleted will be punished with reduced distribution in the News Feed. In a news post by software engineer Erich Owens and research scientist Udi Weinsberg, they explain, “We are not removing stories people report as false and we are not reviewing content and making a determination on its accuracy.”

Facebook also assured that in testing, most people do not report satirical posts as false and that content will not be affected by the update. A quick glance at LiterallyUnbelievable.org might make you less confident in that, though.

Facebook expects the change to positively affect the News Feed by limiting the amount of bad content floating around the web and stopping the spread of false information. They claim, “The vast majority of publishers on Facebook will not be impacted by this update. A small set of publishers who are frequently posting hoaxes and scams will see their distribution decrease.”