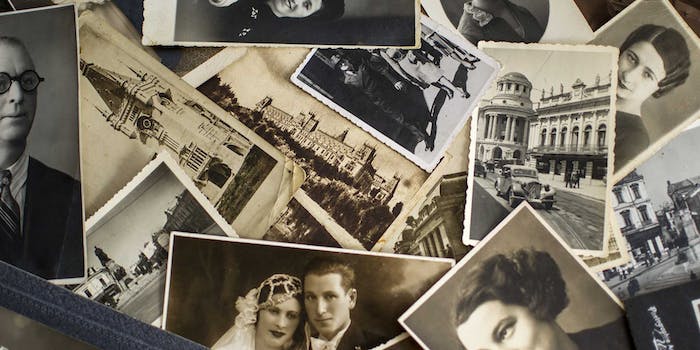 How to stop Facebook from automatically enhancing your photos

About a month ago, while I was posting some photos to Facebook from my phone, I noticed that the enhance toggle was turned on automatically. Usually, I would have had to hit the little magic wand button in order to see my photos contrasted and saturation boosted, but now it looked like Facebook would assume I wanted the upgrade.

I don’t, really. I mean, sometimes it’s great, but sometimes it makes my mobile photos look even lower-res than they already are. See here: 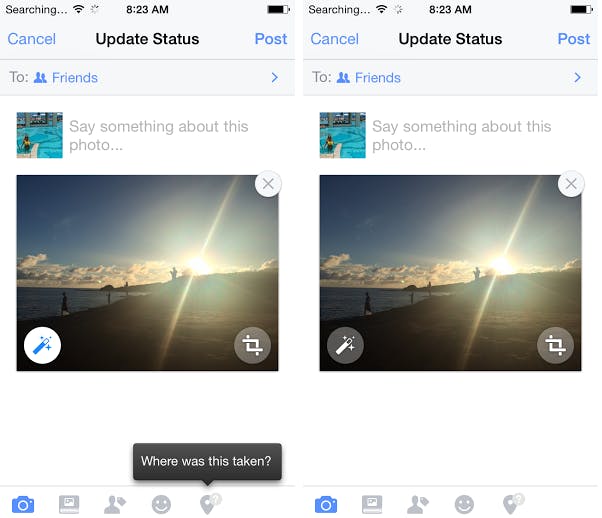 Enhance on; enhance off

Enhance is enabled by default, but you can also turn it up. 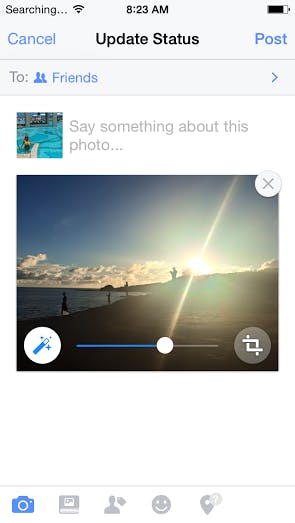 But it’s easy enough to just hit that icon and turn enhance off, so on my way I went.

Apparently, these opt-out enhancements are a huge deal and we all have feelings about them. Yesterday, Facebook took the time to explain its decision in a post on its engineering blog.

Images and photography represent a powerful communication medium allowing friends and families a way of connecting and richly expressing themselves. Unfortunately, sometimes that “really good smile” or “pose” doesn’t say want we want because the captured image doesn’t represent the scene the way we saw or felt it.

According to the post, auto-enhance actually works against all of the bad things your phone’s camera is doing to a photo (i.e., it helps fix lighting issues, pixelation and noise, tone mapping, and so on).

Of course, any issue users have with auto-enhance being opt-out has nothing to do with any of this. The feature is actually fine, and people happily use it in plenty of situations: It’s just that we don’t like it when Facebook makes features opt-out instead opt-in. It’s an instinctual thing now, even with throw-away features like photo enhancement. Facebook has no one to blame but itself for our rebellion against auto-anything.

It’s a silly thing, sure, but everything about Facebook really should be opt-in, right down to the last detail. To disable automatic photo enhancement, you can either manually toggle off the feature when you’re uploading photos from your phone, or you can follow this path from the app (strangely, there’s no way to do this from desktop):

There. Now your photos can be arguably worse (They’re your photos! They can be grainy if you want them to be!) and you’ll have fought the man in your own small way.