It's about damn time.

Facebook‘s powerful search feature, which debuted on the web two years ago, is gaining a major new ability and is finally making the move to mobile.

Back in January 2013, Facebook introduced a natural-language search tool—then called Graph Search—as the third pillar of the Facebook experience, next to News Feed and the Timeline. Since then, the rollout to Facebook users has been gradual—so gradual that many people forgot what it was or that it was coming altogether.

With Monday’s update, Facebook is letting iOS users in on the enhanced search action. (No word yet on an Android update.) It’s also expanding the content that the search feature can find. As you can see in the iPhone screenshot below, the improved search bar—which is rolling out gradually—will also let users find specific posts by their friends. Assuming it works well, Facebook’s contextual search will be able to dredge up months-old posts based on a few keywords. 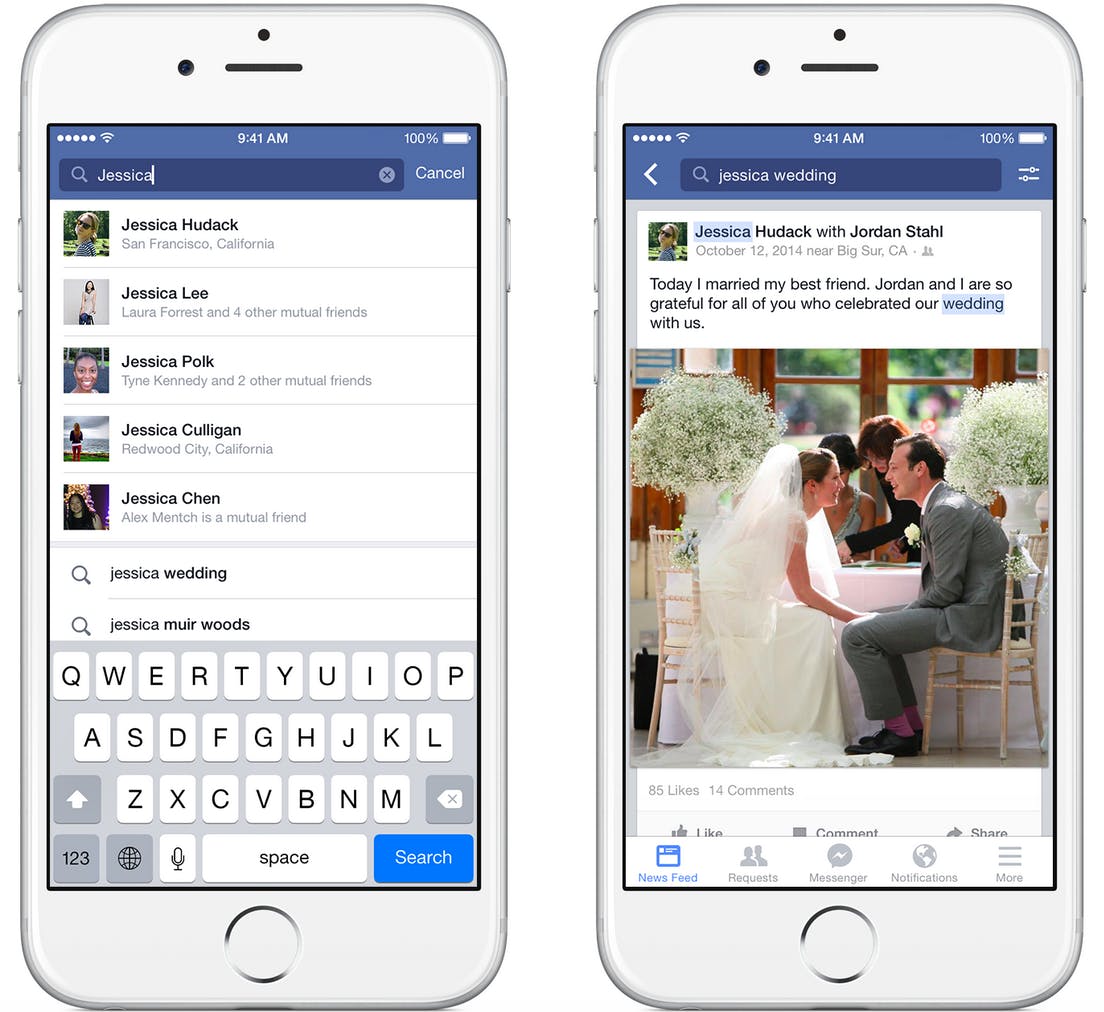 Facebook’s mobile search update functions much like Graph Search—now officially called Facebook Search—does on the web. Type something into the query box at the top of the app, like “My friends who live in San Francisco,” and Facebook will instantly return a list of relevant results.

Here’s what Facebook says about the new ability to search vast repositories of stuff you and your friends have posted:

You’ve given us a lot of feedback on the Graph Search beta. You’ve told us the most important thing is being able to find posts you’ve seen before, and now you can. With a quick search, you can get back to a fun video from your graduation, a news article you’ve been meaning to read, or photos from your friend’s wedding last summer.

It remains to be seen how effective the contextual search enhancement will be, given the sheer bulk and heterogeneity of the data that Facebook needs to index. But keep an eye out for a better search bar in the Facebook iOS app and on your desktop as soon as this week. For more on how the new search works, Facebook’s search hub has a video and other resources to explain it.