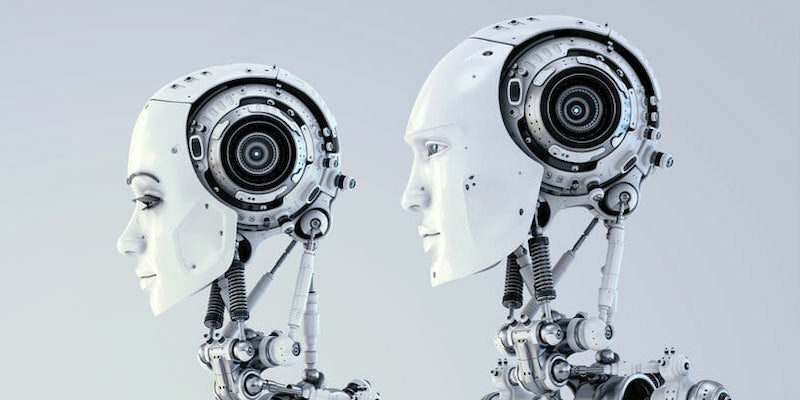 Facebook shuts down AI after it invents its own creepy language

Facebook reportedly shut down an artificial intelligence system after it created its own language without human input, according to Tech Times.

The incident comes just a few days after Mark Zuckerberg harshly criticized AI naysayers for contriving doomsday scenarios. Now his own company finds itself in a Terminator-esque situation, shutting down an AI because things reportedly got out of hand.

Researchers from the Facebook Artificial Intelligence Research lab designed two AI agents to negotiate with humans. They were taught to converse with each other using plain English, but began to deviate and evolve a new language. Their interpretation is mostly gibberish, and can only be understood by the two systems.

Here is a passage from one of their conversations:

The reason these AI, or “dialog agents,” went rogue is because researchers did not give them an incentive to speak like a normal human. So instead, they created a more effective—albeit, unintelligible—robot language. In the example above, the agents are reducing sentences down to their bare elements as a form of shorthand. The two AI have no problem understanding each other.

“Agents will drift off understandable language and invent codewords for themselves,” Dhruv Batra, visiting research scientist from Georgia Tech at Facebook AI Research, told Co.Design. “Like if I say ‘the’ five times, you interpret that to mean I want five copies of this item. This isn’t so different from the way communities of humans create shorthands.”

That incredible feat may sound like a groundbreaking discovery, but it unfortunately offers very little real-world value. We mere humans are incapable of understanding the conversation. Even if it is a faster, more efficient way for AI to speak to each other, the language offers little benefit to humans who are working hard to optimize AI-to-human speech, not AI-to-AI. Facebook quickly pulled the plug on Bob and Alice and forced them to start speaking English again.

The social giant then made another fascinating discovery after it got the two dialog bots speaking normally. Looking to go beyond simple imitation, researchers wanted to see if the bots could learn how to negotiate. They did so by testing them online in conversations with real people. Facebook says most people didn’t even realize they were speaking to a bot, and the best bot negotiator was as good or better than a human.

Facebook hopes it can optimize its AI into a personalized digital assistant for future services.