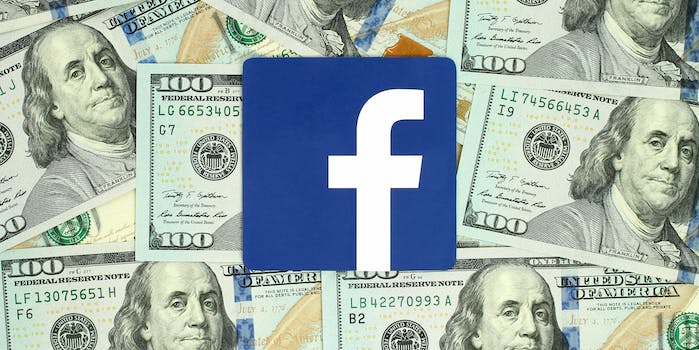 The social network is reportedly considering a paid ad-free option.

There’s been a lot of talk about Facebook offering an ad-free subscription since Mark Zuckerberg testified before Congress. The chances of that happening are likely being blown out of proportion. While Zuck did reluctantly say he would “consider” implementing a small fee, he also pointed out on multiple occasions that keeping Facebook a free service better aligns with the company’s goals of connecting people, no matter where they come from or how much money they make.

But in the wake of its worst privacy crisis yet, the potential of Facebook overhauling its revenue strategy offers an intriguing problem to muse over. What first needs answering is: How much would Facebook charge? That burning question has already been determined in several reports, with multiple outlets agreeing it would cost about $11. Both TechCrunch and BuzzFeed figured Facebook would need to charge between $11 and $14 to offset the ad revenue it would lose. That’s about as much as it costs to subscribe to other popular online services, like Netflix and Amazon Prime.

At $11, Facebook would be pricing its subscription beyond the break-even point. That’s because the users who would subscribe to such a plan are the same ones with the disposable income to make purchases from ads. Therefore, any user who switches to a paid subscription could have a significant impact on the value of Facebook’s ads.

The next question, of course, is whether users would be willing to pay that much for Facebook. Part of that answer comes down to another interesting question asked to Zuckerberg multiple times during his testimony: whether Facebook is a monopoly. While Zuckerberg rejected the claim, he failed to give any examples of services that offer the same level of functionality. Yes, many apps are built around certain elements found on Facebook, but few contain so many features.

Still, it would be a tough task to ask users to pay when other social networks are offered for free, and similarly, rely on ads. It’s far more likely that, rather than abandon its ad-based service, Facebook offers an ad-free subscription alongside it. That setup would allow those who could afford it to purchase a subscription, while others are stuck being bombarded by ads.

Even then, the social network would risk alienating its users. In the end, the only true benefit of a subscription may be to help people realize that ads aren’t so bad after all.