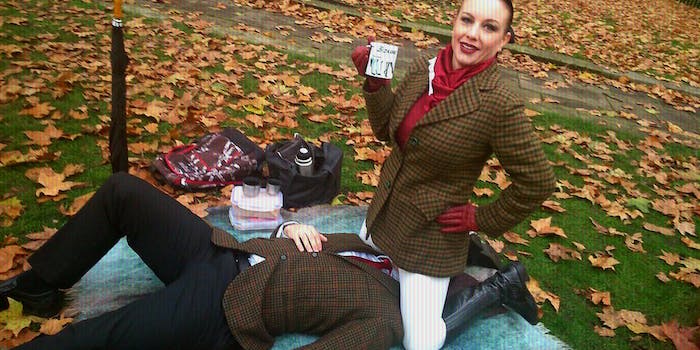 Here’s what it looked like at the U.K. face-sitting protest outside Parliament

To register their displeasure with their government, British sex workers and adult performers gathered for a “face-sitting” protest outside Parliament. And boy, did it look like they were having a lot of fun:

At one point, the protesters launched into a spirited version of Monty Python’s “Sit On My Face.”

There are a number of great vines capturing the scene. Many feature protesters chanting “What do we want/Face-sitting/When do we want it?/Now,” which sounds at least ten times funnier in plummy British accents:

Good on you, face-sitting protesters, for petitioning your government in an eye-catching way. Keep fighting for freedom of expression and show David Cameron what’s what. Your friends in the former North American colonies will be standing (and sitting) alongside you.