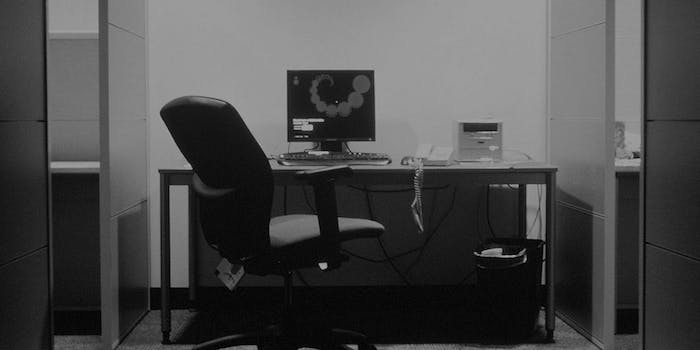 No work for Fab employees today as layoffs begin

The layoffs come days after the company reportedly held a lavish party.

The embatled e-commerce site Fab.com is about to go through another round of layoffs, shedding a third of its global workforce, it has emerged.

Fab, which bills itself as aiming to “help people better their lives with design,” sells a range of products from custom-built furniture to homeware and jewellery. The company has previously been valued at the $1 billion mark—but is now “fighting for [its] life,” founder and chief executive Jason Goldberg admitted in April this year.

At one point, the company had up to 700 employees on the payroll, but over the last year there has been three previous rounds of layoffs. The current round—formally announced today—will cut another 80 to 90 employees, reducing the total workforce to just 200.

This round of job cuts will be focused entirely on the New York office, which is currently home to between 120 and 150 employees, Recode reports.

The first employees heard of the news was when an email was sent from the company’s Human Resources department on Wednesday, instructing them not to come into the office on Thursday and to await one-on-one meetings and further direction. Fab is offering all laid-off employees resumé coaching and interviewing training at a jobs fair next month.

The layoffs are part of a “broader business plan,” Fab told BuzzFeed in a statement, “which we began implementing last Fall and which will continue to unfold in weeks ahead.”

“We are seeing great success in our recent private label initiatives and customized furniture launches,” it continues, “and we are aligning our global team to support that direction. We have every confidence in our path ahead.”

This is far from the first change of direction for Fab, which began life as a gay social network before pivoting into retail when the initial venture began to falter. More recently, its business model has shifted from “flash sales” to “selling its own branded retail products,” BuzzFeed reports.

The company has also seen a number of executive departures, which six unnamed employees told Bloomberg in 2013 were partly a result of a “heavy-handed approach” to managing employees and other “missteps.”

The success of these latest aggressive layoffs remains to be seen—but some are already casting aspersions on Fab’s judgement.

Ashley McCollum, BuzzFeed’s Vice President of Business Development and Communications, tweeted yesterday that she went to a “boozy, expensive Fab party this weekend”—days before the company announced it was letting go of a third of its global workforce.

I went to a boozy, expensive Fab party this weekend. Now they are telling people not to come to work tmw. https://t.co/YqL9bJfUNP @mattlynley

When asked about the “party” by email, Fab sent the Daily Dot the following statement: “We have made big bets on private label this year. Our unveiling of those products at NYCxDesign has contributed to an incredible response from our customers already. It certainly will be a significant focus of the business moving forward.”

“This broader business plan, which we began implementing last Fall, will continue to unfold in weeks ahead,” the statement continues, “and we are aligning our global team to support that direction. We have every confidence in our path ahead.”