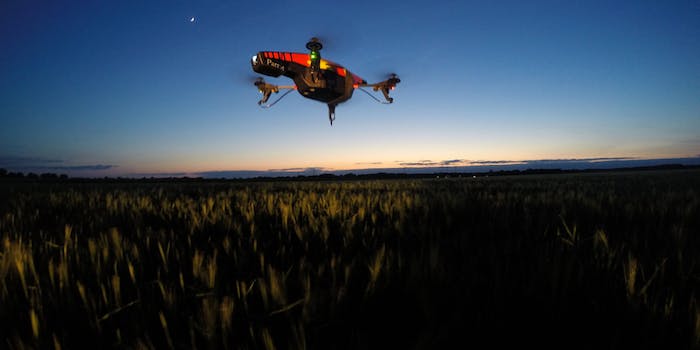 FAA partners with CNN to expand drone use in the U.S.

Sorry, Amazon, but you're not yet on the list.

American companies are frustrated with the Federal Aviation Administration’s regulatory process for drones. Now, the FAA, seeking to address some of their concerns, is partnering with three companies to test new uses for unmanned aerial craft that go beyond the agency’s current strict limits.

CNN, PrecisionHawk, and BNSF Railway will work with the FAA “to perform research that will help us determine if and how we can safely expand unmanned aircraft operations in the United States,” FAA Administrator Michael Huerta said Wednesday at a drone conference in Atlanta.

As part of the test project, known as the Pathfinder Program, CNN will use drones in its news coverage, PrecisionHawk will use them to monitor crops in remote areas, and BNSF will deploy them to survey its aging railways.

To be permanently implemented, all of these plans would require permission to fly drones beyond an operator’s line of sight, which the FAA prohibited in the drone regulations it released in February.

Ostensibly the biggest loser in that regulatory decision was Amazon, which has been testing its Prime Air drone delivery service outside the United States to avoid running afoul of the FAA’s line-of-sight requirement. Amazon has been working with the FAA to gain new permissions for domestic tests of its package-delivery drone, but the agency has held firm on the line-of-sight rule.

Huerta said the FAA expected to approve new uses for drones based on data from the Pathfinder Program “in the next few years.”

H/T The Hill | Photo via Christian Schirner/Flickr (CC BY SA 2.0)