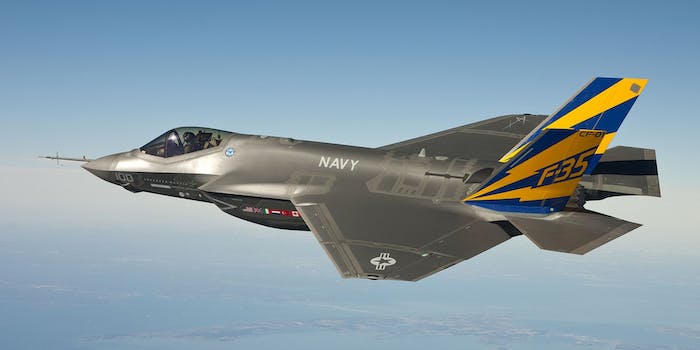 A quadriplegic woman flew a jet with her mind

Jan Scheuermann is a 55-year-old mother of two who has lost the use of her arms and legs to disease. If that sounds like a challenging hand to be dealt, imagine being asked to pilot an F-35 fighter jet on top of it. A DARPA project allowed her to do just that, controlling the complex systems of one of the government’s most powerful weapons of war with nothing but her mind.

In early 2012, a pair of electrode units were implanted into Scheuermann’s brain and positioned in the exact spots that control arm and hand movement. When the brain fires signals at the electrodes, the readings revealed what patterns corresponded to specific physical movements. For example, when Scheuermann imagined raising her arm, whatever neurons fired during that sequence could be used to duplicate the desired movement on something like a robotic arm, effectively giving the computer the ability to read her mind. 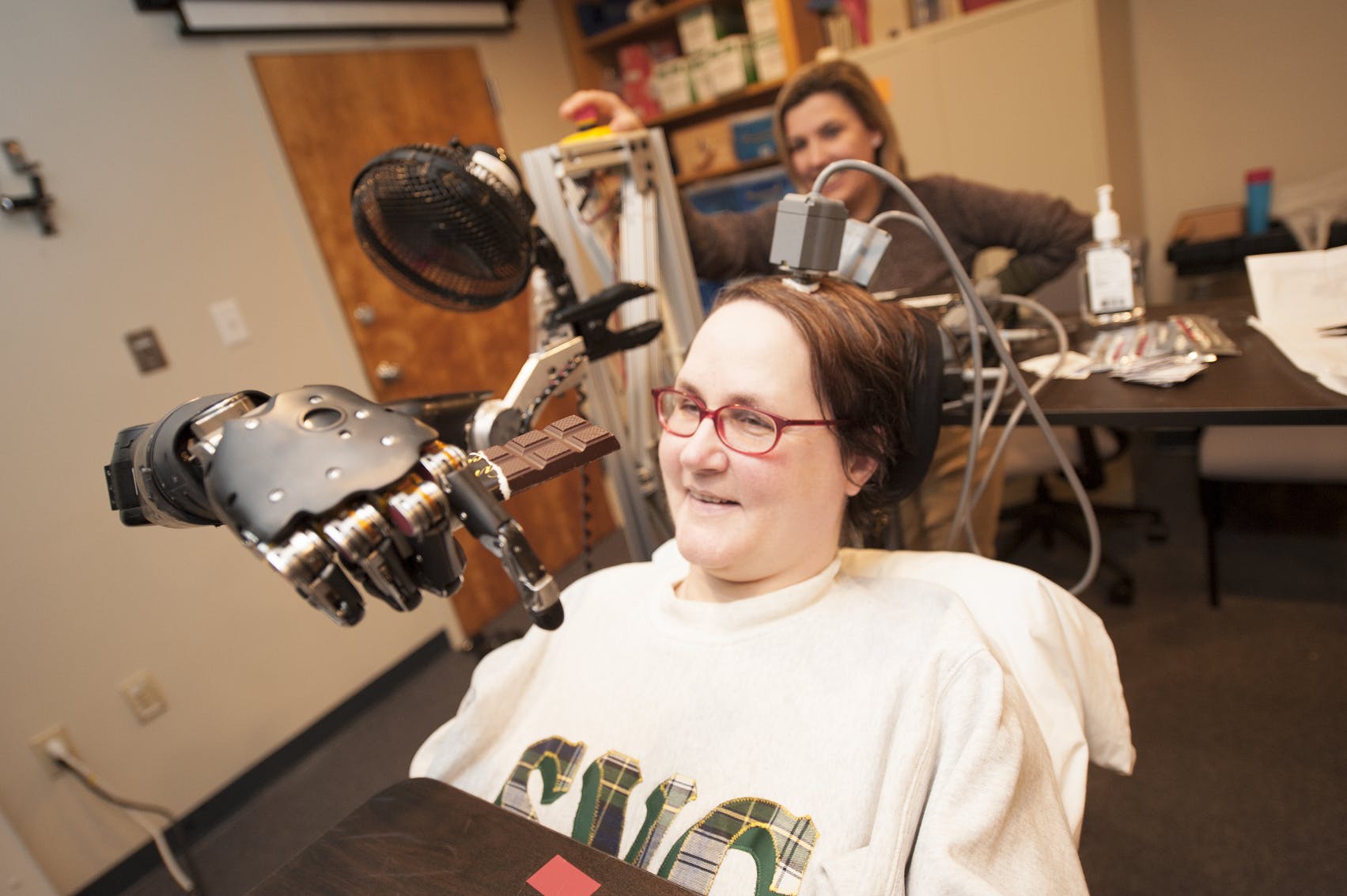 University of Pittsburgh School of Medicine

After much testing and work with the University of Pittsburgh School of Medicine, a total of 10 arm and hand motions were captured and duplicated via a mechanical arm. This was a massive breakthrough in the field of rehabilitation and robotics, but Scheuermann’s journey didn’t stop there.

DARPA—the Defense Advanced Research Projects Agency of the U.S. government—decided to push the mind-controlled machine concept to the next level. They wanted her to fly an F-35 fighter jet simulator, but simply having her control a robot hand in the cockpit wasn’t enough. Instead, the team taught her to use her brain to directly control the plane’s movements, removing physical input entirely and essentially giving the virtual plane a human brain.

Connecting a weapon of war directly with the human mind is something straight out of the Twilight Zone, but as creepy as it may seem at first, it represents a future where quadriplegics like Scheuermann can eliminate the barriers put in place by their unfortunate circumstances.