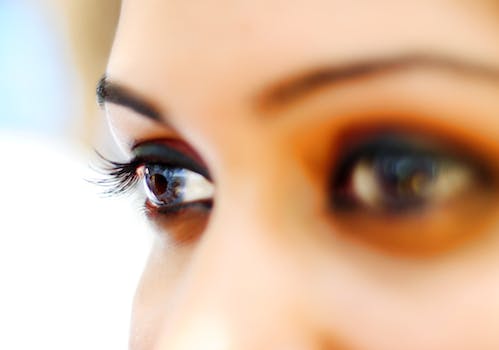 Picking a hottie on Tinder could soon be as simple as blinking.

Using your smartphone may soon be a hands-off experience—at least, if Eye Tribe gets its way.

The eye-tracking-software maker unveiled at CES 2015 the world’s first eye-tracking software development kit (SDK) for Android devices. With this tool, developers can create apps that no longer require users to actually touch, tap, or swipe anything.

Eye Tribe’s SDK isn’t the first we’ve seen of eye-gesture controls for mobile devices—Samsung most prominently made the feature a part of its flagship Galaxy S4 device—but making the technology available for developers could help to speed its evolution and encourage new innovations.

“With our solution, OEMs can fast-track integration of real eye tracking,” said CEO of Eye Tribe Sune Alstrup Johansen in a statement. “We want to bust the myth that it is an expensive and complicated affair.”

If you’re not having enough fun with the technology itself, Eye Tribe has also partnered with the Lego Group to develop learning tools and new ways to interact with Lego sets. According to Eye Tribe, the project “allows users to build their favorite Lego sets with eye tracking,” which sounds suspiciously like they’ve figured out how to harness the Force from Star Wars.

Eye Tribe’s technology has gained the attention of CES, with the Eye Tribe Tracker, a small device that connects to your computer to enable eye tracking capabilities, receiving recognition as a 2015 Innovation Award honoree. The Tracker will be available to purchase for $99 and is compatible with Windows, OS X, and Android OS.