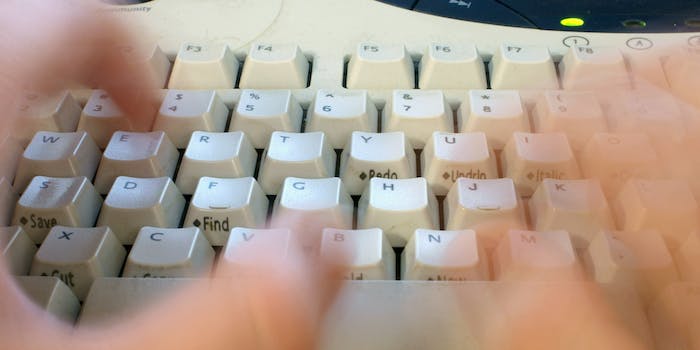 The court nearly brought a whole new meaning to the term "link bait."

The Web as we know it is built around hyperlinks. They’re how Google is able to tell you which websites are important and how serious news stories are distributed across the Internet. On Thursday, a European high court handed down a decision that, had it gone the other way, could have broken the Internet’s entire hyperlinked infrastructure.

The question being considered was whether the operators of one website had to obtain approval from another website in order to link to it. It’s easy to see why many people who regularly put hyperlink-filled content out in the Internet were watching this case’s progress with some interest.

The case, decided by the Court of Justice of the European Union earlier this week, involved a dispute between a group of Swedish journalists and the media aggregator Retriever Sverige. The journalists, whose work was published on the website of prominent Swedish newspaper Göteborgs-Posten, didn’t like that Retriever Sverige was linking to their work without permission. The stated concern was that the links created confusion in the minds of readers about about the source of that content.

The journalists wanted to be paid for allowing the links, but Retriever Sverige felt it shouldn’t have to shell out any money for the privilege of linking, which is the way virtually all hyperlinked relationships on the Internet are currently arranged. It should also be noted that, by linking to the journalists’ pieces, Retriever Sverige was actually helping those articles appear closer to the top of the results pages of Internet search engines.

In an opinion released last year that called hyperlinking ‟the single most important feature that differentiates the Internet from other forms of cultural production and dissemination,” the academic non-profit advocacy group the European Copyright Society argued forcefully for the court to rule in favor of the defendants.

‟The legal regulation of hyperlinking…carries with it enormous capacity to interfere with the operation of the Internet, and therefore with access to information, freedom of expression, freedom to conduct business, as well–of course–with business ventures that depend on these types of linkages,” the opinion notes.

The European Copyright Society did note that there are certain times when a hyperlink may actually be against the law. It pointed to instnaces where a link is ‟knowingly facilitating in the making of illegal copies” or when its circumvents technological measures

The Luxembourg-based court broadly agreed with the Society’s thinking, ruling that links shouldn’t require permission unless they do things like allow users to access content hidden behind a paywall.

The court’s reasoning was that, by publishing something anyone online could theoretically access, the intended readership of that content was effectively every single person on the Internet. ‟Therefore, since there is no new public, the [sic] authorisation of the copyright holders is not required for a communication to the public such as that in the main proceedings,” the court explained.

‟On the other hand,” the court’s decision continued, ‟where a clickable link makes it possible for users of the site on which that link appears to circumvent restrictions put in place by the site on which the protected work appears in order to restrict public access to that work to the latter site’s subscribers only…all those users must be deemed to be a new public, which was not taken into account by the copyright holders when they [sic] authorised the initial communication, and accordingly the holders’ [sic] authorisation is required for such a communication to the public.”

The court went on to add that individual EU member states are prohibited from changing their own laws to give further protection to copyright holders, such that this type of prior permission would be required.

A blog post about the decision on the website of the UK law firm Bird & Bird raised a question not specifically addressed by the decision, but could prove problematic in the future:

Where a website is freely accessible but its contractual terms and conditions prohibit use for certain purposes (eg newspaper website’s terms and conditions typically prohibit ‘commercial use’), would a hyperlink sent to [sic] organisations encourage a prohibited use constitute a communication to a ‘new public’ (because commercial users were not ‘taken into account’ by the rights holder)?

The court’s decision was cheered by advocates of an open Internet. An article in the Wall Street Journal about the ruling was titled, ‟Phew! Europe’s Highest Court Decides Not To Break the Internet.”