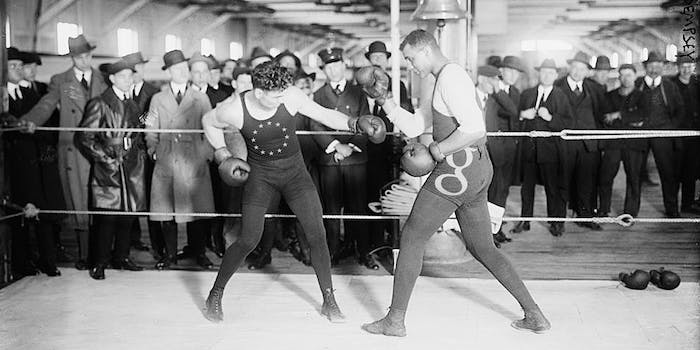 The E.U.'s trawling for a brawling.

The European Union on Thursday opened up a third front in its ongoing war with Google, voting 458-173 to recommend the uncoupling of the Mountain View, Calif.-based company’s search business from the rest of its properties.

The vote, which has no legal authority, nonetheless illustrates the level of European animosity toward Google, as a four-year antitrust investigation against the company continues to move forward.

The antitrust case, which Google’s tech-giant rivals like Microsoft brought against it in Europe, focuses on how Google displays its in-house vertical searches compared to those of its competitors, the aggregation and copying of information found elsewhere on the web (e.g. restaurant reviews), the exclusivity of ad sales around certain search terms, and restrictions placed on advertisers looking to move to competitors.

Google currently dominates the European search market, accounting for over 90% of web searches on the continent—significantly higher than in the U.S.

“Monopolies in whatever market have never been useful, neither for consumers nor the companies,” said the anti-Google bill’s sponsor, an EU lawmaker from Germany named Andreas Schwab.

European Competition Commissioner Margrethe Vestager, who is responsible for the antitrust investigation after inheriting it from her predecessor, has said she will “review the case and talk to complainants” before deciding on a course of action.

If Google is unable to settle with the EU at the end of the investigation, it could face a fine of up to $5 billion.

Meanwhile, Google faces fresh pressure to extend the right to be forgotten worldwide. Because of a May ruling by the Court of Justice of the European Union (CJEU), EU citizens can apply to have information about themselves scrubbed from search engines if it is deemed “irrelevant or outdated.” The ruling, which pits privacy campaigners against freedom-of-speech advocates, has been fiercely controversial, with critics alleging that it is tantamount to censorship.

No articles or content are deleted under the right to be forgotten, but Google and other companies must remove such links from their search results if the deem the request valid under the “irrelevant or outdated” standard.

Wikipedia co-founder Jimmy Wales has called the ruling “insane,” saying that “there is no way we should leave a private company like Google in charge of making those decisions.”

The efficacy of the EU’s right to be forgotten is stymied by the fact it only applies to localized Google sites like google.co.uk, google.fr, and google.de, which service the United Kingdom, France, and Germany, respectively. Users who visit the search engine’s main domain, Google.com, will see unfiltered results—even if they are in Europe.

After winning their CJEU case, European data regulators are now pushing for Google to tackle this gaping hole in the right-to-be-forgotten system. EU officials argue that the system should be implemented more broadly to avoid circumvention. The EU’s Data Protection Working Party issued a statement that read in part, “De-listing decisions must be implemented in such a way that they guarantee the effective and complete protection of data subjects’ rights and that E.U. law cannot be circumvented.”

A victory for the EU in this latest battle against Google would not necessarily mean that Americans, Australians, and Africans would be subject to the European right to be forgotten. Google could avoid this “nuclear option” in a number of ways. One option is for Google to check the IP address of each visitor to Google.com and delivering them either filtered or unfiltered results depending on whether they were located within the EU.

Earlier this year, according to Business Insider, Germany, one of the EU’s most privacy-conscious members, called on Google to reveal details of the algorithm that powers its search results—the secret ingredient responsible for the success of the company’s oldest and most recognisable product.