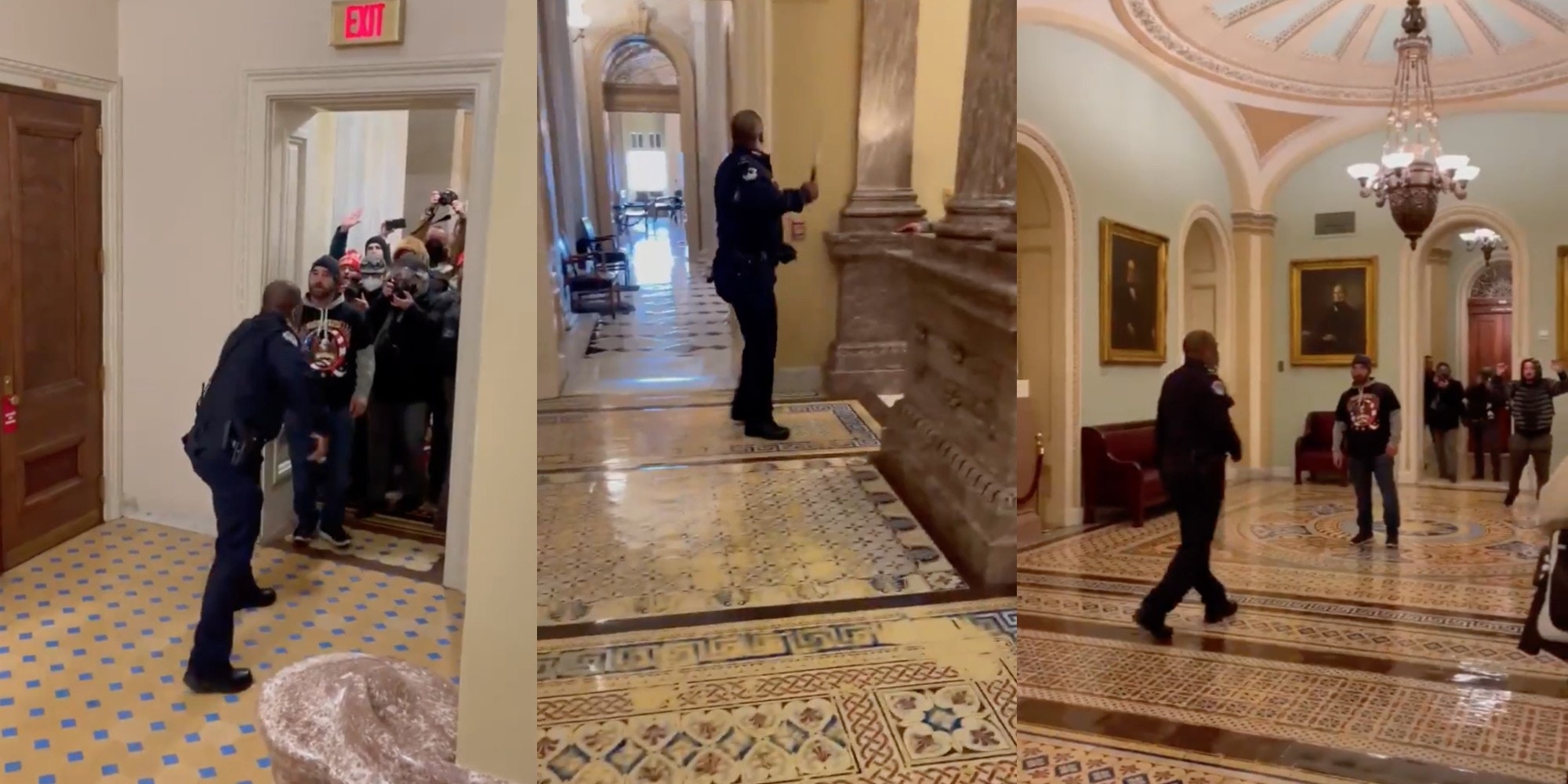 Viewers are celebrating Eugene Goodman as a hero.

Footage of a lone police officer confronting a group of pro-Trump rioters at the Capitol on Wednesday is garnering widespread attention in light of new details concerning the insurrection.