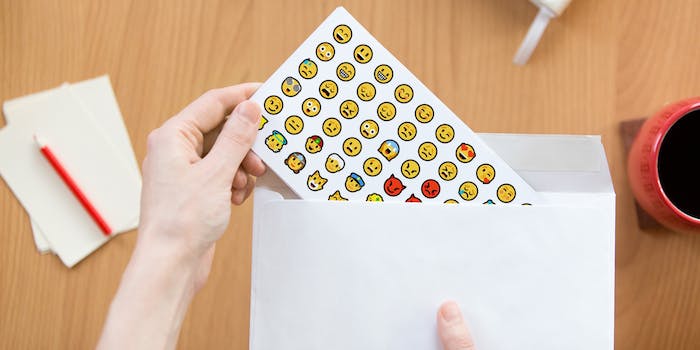 Do you have what it takes to be the world’s first emoji translator?

Have you ever tweeted in full emoji? Can you tell the difference between the meanings of the new moon and full moon face emoji? Do you have a favorite emoji ranking by subject and emotion?

You’re in luck: one translation and interpretation agency in London is hiring what is thought to be the world’s first-ever emoji translator.

In addition to translation, the role involves explaining cross-cultural misunderstandings regarding emoji, and compiling a monthly trends report, according to BBC News.

The hired candidate will be paid by the word/emoji for translations, and be paid an hourly rate for researching emoji usage trends.

Today Translations founder and CEO Jurga Zilinskiene told BBC News that emoji are a potential growth area, especially regarding the language’s different interpretations between cultures and individuals over the past five years.

For example, take the poo emoji: In the U.S. it’s used in many ways, from being a sarcastic smiley about something bad to expressing that something is cute.

In Japan, however, the words for “poo” and “luck” sound similar, so people send the emoji for good luck. In other words (or emoji), sometimes translating software just doesn’t have the nuanced processing capabilities of a human translator.

While emoji appears to be quite the burgeoning tongue and is used as makeshift body language in text conversations, its status as a language is speculative.

Rob Drummond, a linguistics senior lecturer at Manchester Metropolitan University, told BBC News that in order for emoji to be a language, a full sentence must be translated into a different language and express a shared meaning to a group of people. Because emoji meanings vary from person to person, emoji don’t pass the test.

But, being the emoji-slinging connoisseur you are, you’re already one footprint emoji ahead.

Candidates should have a bachelors degree in translation or social sciences, or three or more years of experience in the language industry. As of Monday, the agency had already received 30 applications, so the best of poo emoji to those of you who apply.