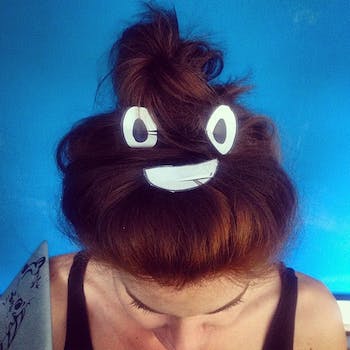 Face it: Your emoji game is suffering. Here's how to improve.

Last year we saw both the Pope and Kim Kardashian jump on the emoji bandwagon, and Oxford Dictionaries chose the Tears of Joy emoji as the word of the year. A recent Match.com study also found that emoji use may have pay-offs IRL; according to the (not exactly scientific) study, emoji users have more sex, go on more dates, and are twice as likely to get married than their counterparts who strictly stick to written English.

Emoji provides the visual cues otherwise unable to be conveyed through the written, text-based communication that has become ubiquitous in the modern age. As New York magazine noted in a 2014 profile of the rapid ascent of emoji culture:

“This elasticity of meaning is a large part of the appeal and, perhaps, the genius of emoji. They have proved to be well suited to the kind of emotional heavy lifting for which written language is often clumsy or awkward or problematic, especially when it’s relayed on tiny screens, tapped out in real time, using our thumbs.”

Here are some emoji tips and tricks to get you started. 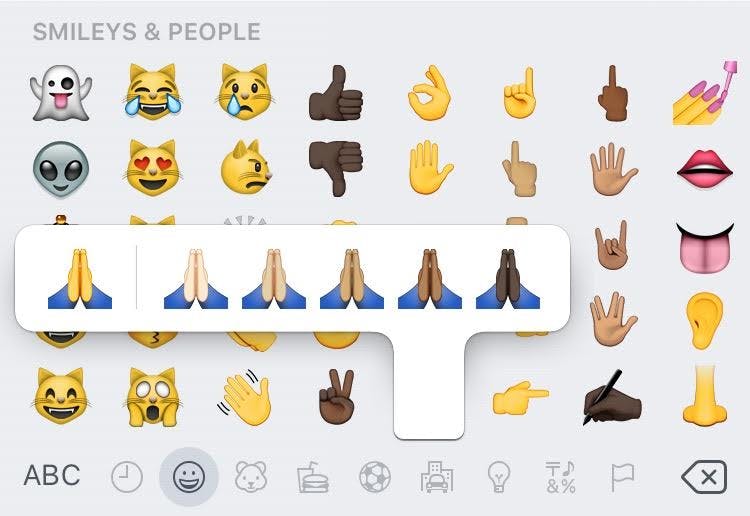 The option to change the skin tone of some emoji hand gestures and faces from the default skin tone is now available on Apple, Google, and Windows emoji keyboards. Just tap and hold the emoji icon to reveal options for five different skin tones.

Pro-tip: Internet etiquette dictates matching emojis to your own skintone, as opposed to that of the recipient. The goal is to convey that you are the one giving your dear friend of a different race a thumbs up, not the other way around!

2) Use emojitracker to see how others use emoji on Twitter

Desperate to use more emoji in your everyday communications but not sure where to start? You can view how Twitter users use emoji in real-time with emojitracker. While emojitracker is admittedly a scattershot method of gauging how Twitter is feeling at any given time (the most widely used emoji on Twitter is the Tears of Joy emoji, suggesting that the dominant mood on Twitter is that of manic glee), it’s a great way for novice emoji users to see examples of emoji in everyday use.

3) Find emojis to suit your lifestyle

If you feel bored by your smartphone’s native emoji keyboard, why not hunt for more emojis to add to your collection? There are special emoji for foodies (highlights include a cronut emoji and Franklin BBQ emoji), emoji for people who live in Los Angeles, Finland’s national emoji, emoji for dog lovers (featuring 23 different dog breeds), and even a special set of Ballon d’Or emoji for fans of international soccer.

4) Name your Wi-Fi network with an emoji 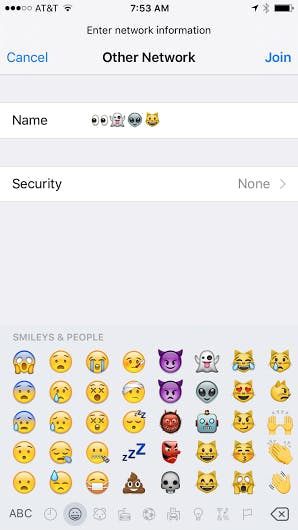 Is there a point to naming your Wi-Fi network with an emoji, other than the fact that it looks cool? Probably not.

Blogger Jacob Salmela has excellent instructions on how to add a Santa emoji to your Wi-Fi network for Mac users, though it will only work if you are connecting from another device, such as your iPhone. If you’d like to change your SSID to emoji, you can try plugging the emoji into a Unicode Text Converter and then copy and pasting the text into the field for your wireless network name. (For more detailed instructions on how to do this, see Ars Technica.)

If you live in New York, Chicago, or San Francisco, you can order food with emoji. Thanks to fooji, the first food delivery by emoji service, those with $15 to spare can text or tweet an emoji of what they’d like to nom on for lunch. The only catch? You can’t be picky. Prefer your hamburgers without pickles or your pizza gluten-free? Unfortunately, dietary preferences don’t translate into emoji. 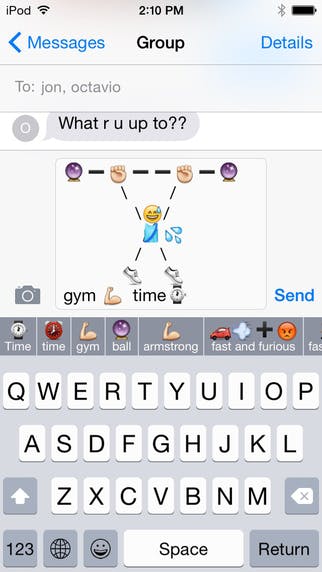 Ever wonder how people create those lengthy stories using only symbols and the rare linking verb or two? With Keymoji, creating emoji stories just got a lot easier. The app translates what you type into emoji so you don’t have to waste time translating.