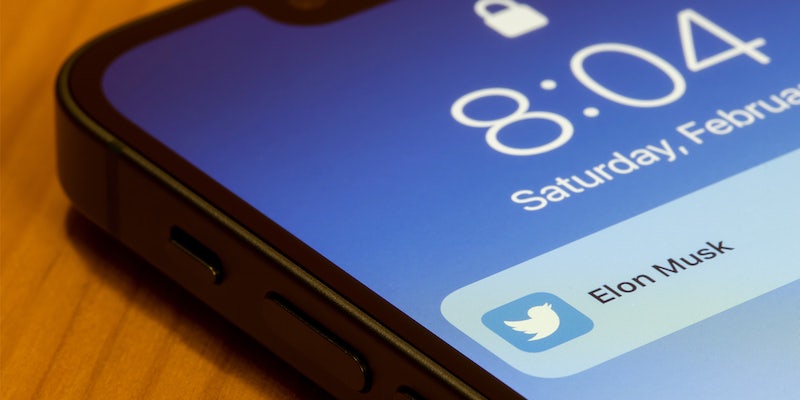 ‘A delicate game of letting right-wingers back on’: Elon Musk’s texts reveal his rich friends’ thoughts on how he should ‘liberate’ Twitter

One mysteriously suggested he let 'the boss himself' back on the platform.

“Are you going to liberate Twitter from the censorship happy mob?” Joe Rogan wrote. Twitter founder Jack Dorsey opined, “A new platform is needed. It can’t be a company. This is why I left.”

These and other texts to and from Elon Musk reveal bits of what was happening behind the scenes as the eccentric billionaire sought to buy Twitter. The texts were made public as part of the discovery process in the ongoing civil suit over whether Musk must follow through with the agreement he signed to acquire the company.

The texts are from the weeks surrounding Musk announcing he’d purchased 9% of Twitter, offered to buy it, then backed out of the $44 billion deal, claiming that Twitter was lying about how many of its users are bots or otherwise fake. Twitter denies Musk’s allegation.

Musk and politicians, journalists, and tech billionaires texted about various aspects of the deal and the future of Twitter under his leadership.

Dorsey suggested Musk take it private and referred to making Twitter a company as “the original sin.” Musk toyed with asking Oprah Winfrey to join the board. Journalist Gayle King tried to get Musk to do an interview with her. Oracle co-founder Larry Ellison offered a $1 billion investment. FTX founder Sam Bankman-Fried offered $5 billion. Venture capitalist Reid Hoffman considered investing but ultimately declined.

Court records show that Musk’s texts with Twitter Chief Executive Officer Parag Agrawal started off cordially, with the latter excited to have Musk on the board and open to discussing technical aspects of how Twitter operates and other ideas. The tone of their correspondence abruptly changed when Musk tweeted, “Is Twitter dying?” on April 9.

Agrawal scolded Musk that this tweet is “not helping me make Twitter better in the current context.”

“Next time we speak, I’d like you to provide [your] perspective on the level of internal distraction right now and how [it’s] hurting our ability to do work,” he added.

This prompted Musk to accusingly ask Agrawal what he’d accomplished that week, before almost immediately backing out of joining the board. Then Musk said he was going to offer to buy Twitter.

An individual whose name is redacted for an unknown reason offered suggestions that are raising eyebrows around the web.

They first referenced what most agree is an article in right-wing publication Revolver News which predicted what would happen if Musk bought Twitter. The piece claimed that an ‘anything goes’ approach to moderation would lead people to blame Twitter for users’ bad behavior. This, it said, would be followed by a “pressure campaign” to clamp down on such content. If the platform failed to act, it predicted a mass exodus of verified accounts.

The piece warned that this could be the beginning of the end of the platform. “When the bluechecks leave, the free speech platform might survive, but Twitter will have lost its special magic.”

Finally, per the story, Twitter would be de-platformed, through other tech companies blocking links to the site.

To avoid this fate, the mysterious texter suggested “a delicate game of letting right wingers on … (especially the boss himself, if you’re up for that).”

No one knows who wrote these texts. Some suggestions include Peter Thiel and former President Donald Trump’s advisers Steve Bannon and Stephen Miller. Most agree the “big boss” they refer to is Trump.

Musk and Twitter are due in court on Oct. 17 to begin what will certainly be a closely watched trial.