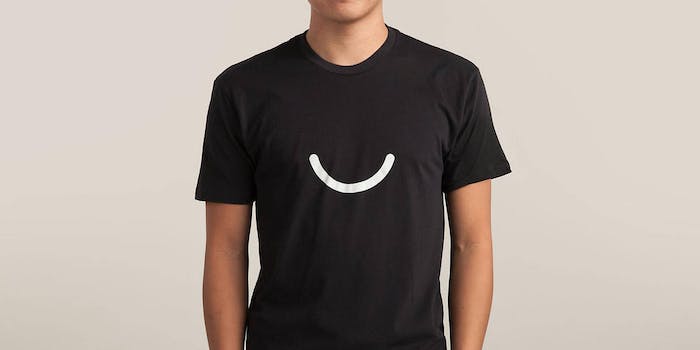 At SXSW, the Ello revolution will not be televised.

I was all settled into my seat with a freshly cucumber-infused bottle of heavily branded water when they  broke the bad news: Paul Budnitz, founder of Ello, was AWOL.

His South by Southwest session, “You Are Not A Product: The Ello Revolution,” attracted a modest crowd of 60 or so. They’d filed into a drab Hyatt ballroom just south of Austin’s town lake enthusiastically enough, poised to telegraph Budnitz’s kernels of wisdom to the Twittersphere. Futurist and sci-fi author Bruce Sterling was in the back row, in fact.

But Budnitz never showed. And so we waited.

Someone hoping to hear about Ello asked an organizer to take an irony-pic of him on stage in the now empty ballroom. I was encouraged to take my own. 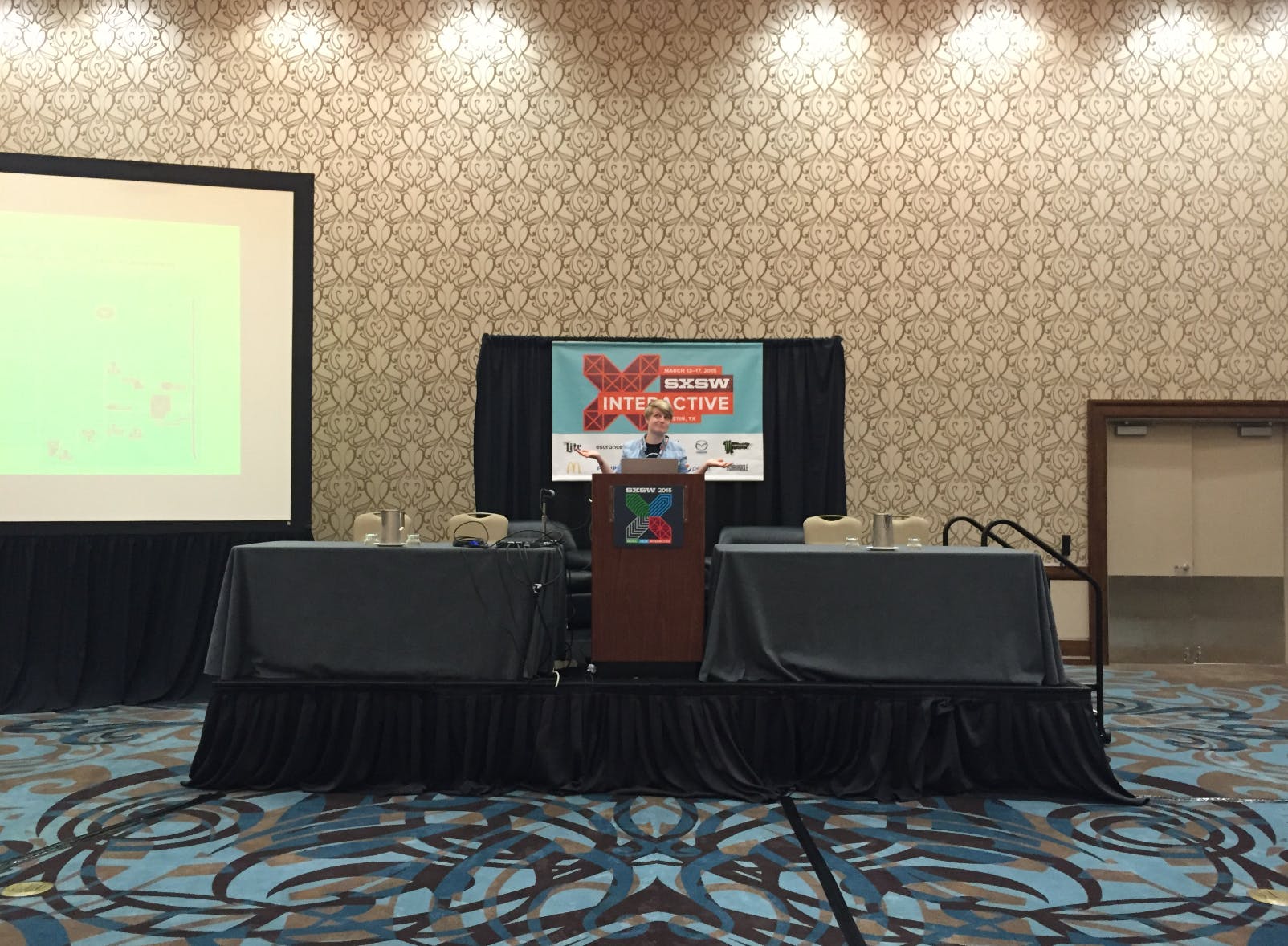 We may never know what wonders Budnitz’s Ello talk would contain, but we can extrapolate a little from its blurb in the events directory: “In other words: give up kid, life is over, you’ve lost before you’ve begun.”

On day one of SXSW, it’s already a message that resonates.

Was Budnitz secretly in the audience? Was this session, nestled inconveniently on the south side of town, an elaborate, beautiful troll?

The event’s organizers suggested that maybe Budnitz had showed up at a different Hyatt, closer to the Austin Convention Center. They asked if I could call him, so I reached out. He seems like a nice guy, so I asked if he was OK. Soon enough, I got an email reply.

Apparently, like so much of SXSW, it was an exchange steeped in confusion:

Thanks for your note.

Sorry to miss you. And so sad about the confusion.

We cancelled my talk several months ago as I had a conflict, and we have a very long email trail with SXSW trying to get them to take my name off their site!  Just found out now that it was still up.

Really upsetting. So sorry you went and I wasn’t there.

Awesome about the Kidrobot shirt.

Happy to talk any time, though I’m not in Austin!!!

Maybe Ello was never meant to be at SXSW, now a swirling, absurd nexus of brand-on-brand action. Maybe I had actually attended the Ello panel and everything went exactly as planned.

@tayhatmaker He’s like Santa. If people stop believing in Ello, he ceases to exist.

I can’t speak for the other 59 or so attendees, but the Ello panel—in its perfectly circular, self-contained irony—is my favorite of SXSW 2015 so far.

Yeah agree, SXSW doesn’t really feel very Ello, but I have close friends in Austin and figured it was an excuse to see them and give a talk too (I love speaking). Never been to SXSW but the more I hear about it, the less it seems like it’s for us in any case. Most interested in the music personally.

Wrote them about a family conflict almost immediately after we were invited, and Rene [Ello’s Chief Marketing Officer Rene Alegria] kept on them get my name taken down — they never did!
We are giving away Tshirts to anyone that was at the talk! Send me your size and address and I will send one to you too! :)

We do have lots new stuff coming, including the app, will keep you informed. Soon!

If anyone was there an needs a T, just tell them to email [email protected], we’ll send them one!!!!!

Update 4:14pm CT, March 13: And now, the director of SXSW has reached out with further clarification.

In fact, he first notified us on February 27 that he might not be able to attend. So, “several months ago” is not too accurate.

The session was still on the schedule because there was still some ambiguity on Ello’s part as to whether they would be able to send a replacement speaker.

One way or another, it is unfortunate that Paul couldn’t speak this year. We were really looking forward to having him (or someone else from Ello) as part of SXSW 2015.