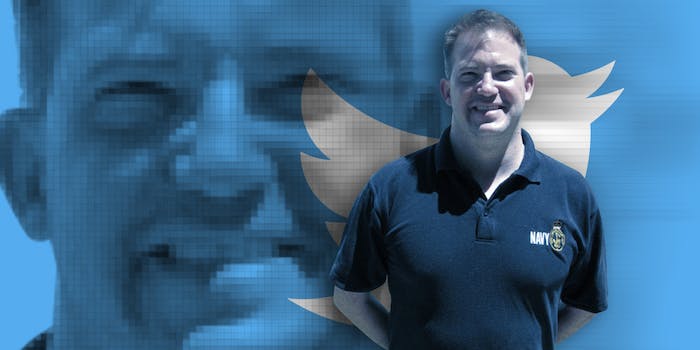 A prominent National Security Agency defender who previously compared agency whistleblower Edward Snowden to Adolf Hitler has resigned his professorship at the Naval War College after someone blew the whistle—on what was allegedly his penis.

Sorry to say I’m severing my affiliation with Naval War College. I had a great time there but it’s time to move on. Thanks for your support.

The Daily Dot reached out to Schindler to ask whether his resignation was specifically over the penis photos, but he didn’t immediately respond. But Naval War College spokesperson Cmdr. Kelly Brannon told the Washington Times that the institution had concluded an investigation into the photos in July, and that Schindler had then been given seven days to submit his resignation.