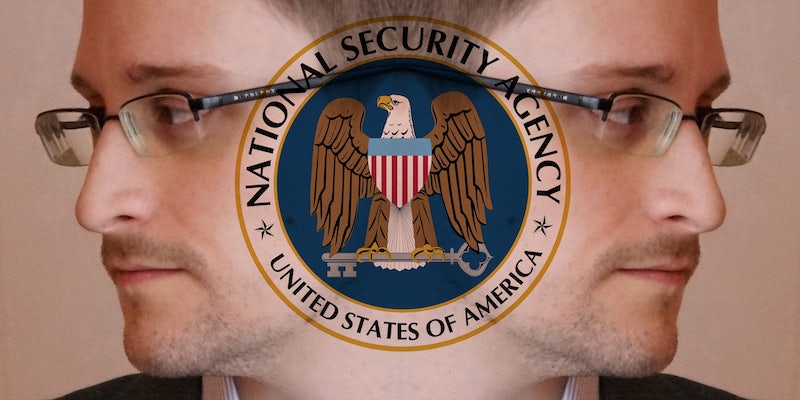 Edward Snowden: NSA is lying about my whistleblowing emails

There could be plenty more to come.

After the NSA released an email from Edward Snowden purportedly showing the sole instance of him raising any concerns prior to leaking classified documents, he has hit back at his former employer, accusing them of withholding correspondence.

In a statement, the NSA said that “the email did not raise allegations or concerns about wrongdoing or abuse, but posed a legal question that the Office of General Counsel addressed.”

“There are numerous avenues that Mr Snowden could have used to raise other concerns or whistleblower allegations,” it continues; “we have searched for additional indications of outreach from him in those areas and to date we have not discovered any engagements related to his claims.”

But now Snowden has disputed these claims in an interview with the Washington Post, claiming that “today’s release is incomplete, and does not include my correspondence with the Signals Intelligence Directorate’s Office of Compliance… It also did not include concerns over how indefensible collection activities… are sometimes concealed under the E.O. 12333 to avoid Congressional reporting requirements and regulations.”

“If the White House is interested in the whole truth, rather than the NSA’s clearly tailored and incomplete leak today for a political advantage,” the whistleblower goes on, “it will require the NSA to ask my former colleagues, management, and the senior leadership team about whether I, at any time, raised concerns about the NSA’s improper and at times unconstitutional surveillance activities.”

“It will not take long to receive an answer.”

In this, Snowden reiterated what he had previously said to NBC host Brian Williams in an interview aired on Wednesday night—his first with any American news network in the year since the leaks began. He told Williams that he had in fact been warned to stay quiet, and that the NSA would attempt to “destroy” him for speaking out.

In December last year, Barton Gellman asked whether the NSA had any record of these concerns, and was told that “after extensive investigation, including interviews with [Snowden’s] former NSA supervisors and co-workers, we have not found any evidence to support Mr. Snowden’s contention that he brought these matters to anyone’s attention.”

However, the U.S. government has since walked back on these claims, and yesterday published an email that they claim to be the only recorded instance of Snowden registering any concerns prior to the leak (embedded below).

Whether or not there is any further evidence of Snowden raising concerns internally about the NSA’s surveillance activities remains to be seen: with his return not forthcoming, the whistleblower and the intelligence agency are currently engaged in a bitter game of he-said-she-said.

But given that the recently email released directly contradicts what the agency had previously told the Washington Post, it does suggest another embarrassing climbdown may be on the cards in the months to come.