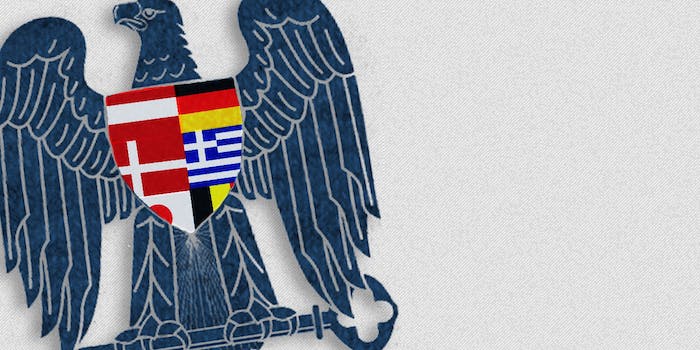 New Zealand is a bestie. Denmark's just a regular friend.

Just like anybody, the National Security Agency has its friends, and then its real friends.

It should come as no surprise that the NSA has information-sharing relationships with comparable agencies in a number of other countries. The agency hasn’t gone to lengths to hide that fact, and numerous other leaked documents have alluded to it.

But a screengrab of another NSA document leaked by former contractor Edward Snowden to journalist Glenn Greenwald, this one published Wednesday in the Spanish paper El Mundo, shows exactly which countries are in the agency’s inner circle and which are in that second tier when it comes to sharing certain kinds of intelligence.

The information these nations share, as indicated by El Mundo and the Guardian, includes the phone metadata of their own citizens, allegedly explaining why the private information of millions of Spanish and French citizens have ended up in the NSA’s hands. Though other leaked documents show that the NSA possesses such information, U.S. officials have repeatedly denied that the agency acquires it first-hand.

Anyone familiar with the the NSA’s “Five Eyes” partnership will be able to guess who counts as a “Tier A” ally, beause they’re exactly the same. Since the second World War, intelligence agencies from Five Eyes nations—meaning the U.S., U.K., Australia, Canada, and New Zealand—have enjoyed a reciprocal relationship. Plenty of already-seen, top secret Snowden documents have shown the NSA often shares intelligence from major programs, like the vast Internet surveillance program XKeyscore, through this arrangement. According to the slide, these Tier A nations enjoy “comprehensive cooperation” with the NSA.

The document is undated, and thus it’s unclear whether it’s current. Notably, Israel is not on the list, though it’s already public knowledge that the NSA has established an intelligence-sharing relationship with the Israeli Signit National Unit (ISNU).