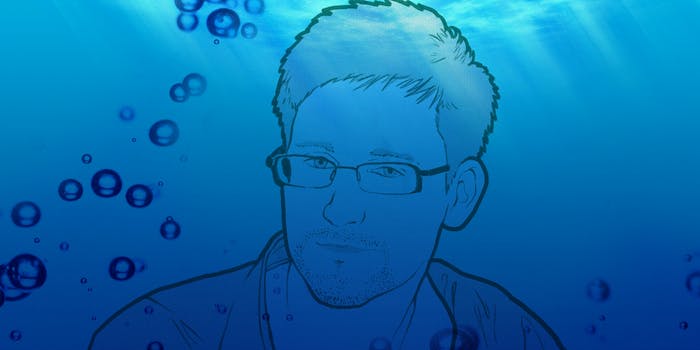 How long will it take everyone else to die out?

A new international ACLU poll shows that young people around the western world are overwhelmingly familiar with, and share a positive view of, NSA whistleblower Edward Snowden.

It’s a striking result—one that lends perspective to previous Pew polls. Usually focusing just on Americans, they tended to show that the older people were, the less likely they were to approve of Snowden or his decision to leak evidence of National Security Agency documents to the press in 2013.

But abroad, or at least in the ten countries the American Civil Liberties Union surveyed, millennials who had heard of Snowden had practically nothing but positive opinions of him. They’re highest in Italy, where 86 percent of those polled held a positive opinion of Snowden, though also high in Germany, Spain, France, the Netherlands, Canada, Australia, Great Britain, and New Zealand. Only in the U.S does the number get even close to split, at 56 percent.

This, ALCU exectutive director Anthony Romero wrote in an op-ed Tuesday, is evidence that though actual NSA reform since Snowden’s leaks is practicaly nonexistent, it’s only a matter of time.

“In the United States, millennials will surpass the baby boomer generation this year, and by 2020, they will represent 1 out of 3 adults,” he wrote. “As they grow in influence, so too will the demand to rein in the surveillance state.”

One strange side note from the study is that Australians are stunningly ill-informed about Snowden’s existence. A mere 43 percent of adults said they had heard at least “a little” about Snowden—the only of the surveyed countries where that number was less than half. Australia is one of the Five Eyes nations, a group that, along with Canada, Great Britain, and New Zealand, has a particularly open intelligence-sharing agreement with the NSA.