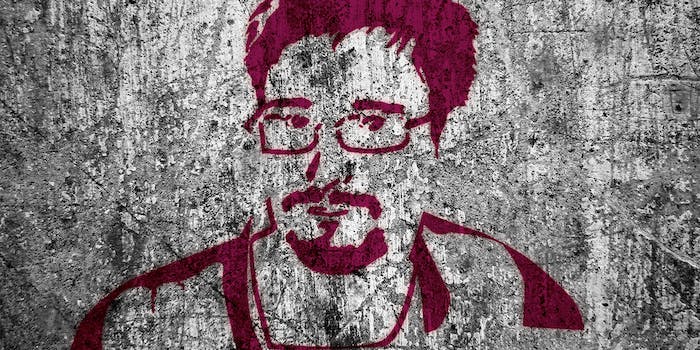 The press conference revealed more about Snowden's life in Russia.

In a press conference in Moscow this morning, former NSA contractor Edward Snowden‘s lawyer announced that his client has been granted a residence permit that will allow him to live in Russia for three years.

Anatoly Kucherena, speaking to a crowd of assembled journalists, stated that the new permit will allow Snowden to travel abroad for periods of time that do not exceed three months. The new permit came into effect on the date that his temporary asylum ended: August 1. Kucherena made it clear that Snowden had not been granted political asylum, rather, this was a normal residential permit for foreign citizens seeking to live and work in Russia.

This announcement means that Snowden will be allowed to live in Russia until August 1 2017, where he will then be eligible to apply for permanent citizenship in the country after another two years.

As well as announcing the news of Snowden’s residence permit, Kucherena also discussed his client’s new life in Russia. He claimed that Snowden misses his family in the U.S., but said that he has yet to decide whether to return home. Additionally, Snowden plans to hold a press conference in Moscow as soon as he is able to do so.

Another revelation that emerged during the press conference is that Snowden has found a job in Russia. Kucherena claimed that his client is working in Russia “according to his professional background,” which presumably means that Snowden is working for a Russian technology company. News stories circulated in 2013 that Snowden had found a job with the Russian social network VKontakte, but these were later deemed false.

Kucherena told reporters at the press conference that Snowden is living a “modest life” in Russia and enjoys going shopping, visiting theaters, and strolling around Moscow’s many museums. One of Snowden’s first public appearances in the country occurred last month when he was seen watching a perfomance by the Bolshoi ballet.