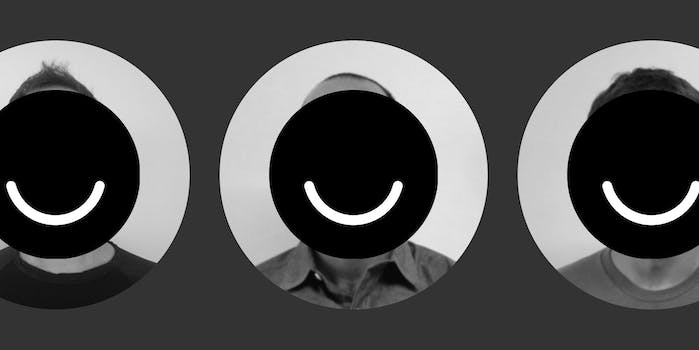 People are selling invites to Ello on eBay

Why get something for free when you can pay for it!?

If you want into the hot new un-Facebook, it’ll cost you. Well, actually, it won’t—unless you’re foolish enough to consider taking the bait on eBay, where auctions for Ello invites abound. We reported earlier this week that Facebook users fed up with the site’s “real names” policy had taken a shine to a random, sparse little social network called Ello. Now, Ello seems to be the new Google Wave or App.net—an invite-only social network that folks want into because it’s invite only.

I’ve spent a while playing around on Ello as @catparty—which is admittedly not my birth name. Created by the founder of hipper-than-thou toy design company Kidrobot, it’s no surprise that the design has a sparse, modern Tumblr-theme thing going on. Ello isn’t owned by one of the major players in personal data hoarding (think Google, Facebook), so that’s a plus too. Perhaps not unlike would-be Ello eBay bidders, Kidrobot enthusiasts are known to go to great lengths to score limited edition swag.

So far, Ello is something like a cross between Tumblr and a young version of Twitter, bearing little resemblance with the social giant its newfound users are fleeing. I don’t really get it, but, like everyone else, I want to like it because for whatever reason all of my friends want to like it too. If you absolutely cannot wait to get into the small experiment in Facebook aversion, a number of enterprising eBay users have you covered. 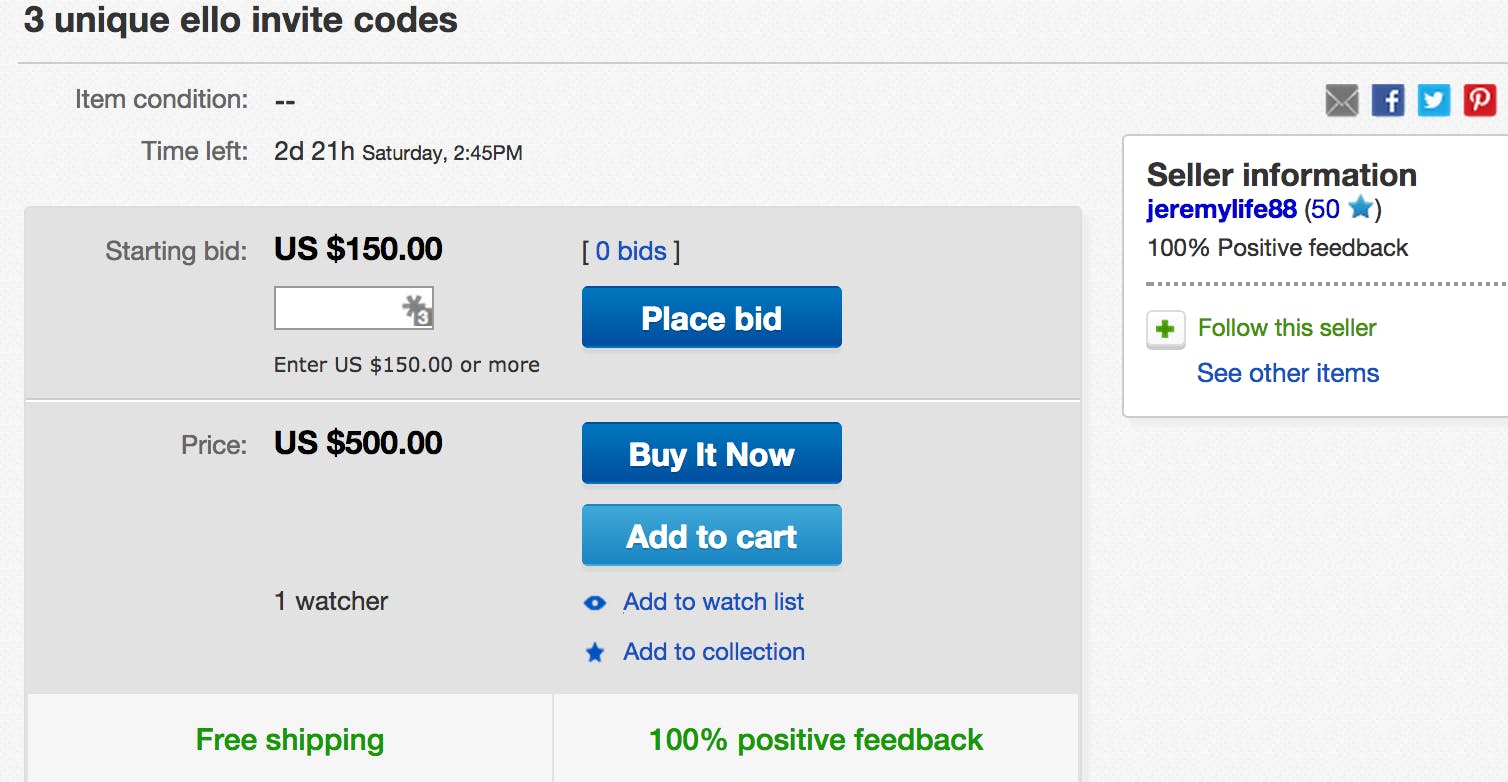 In one auction, you can score not one, not two, but three invite codes (worth a total value of $0) for $500 if you opt to Buy It Now. Remarkably, this is coming from eBay user “jeremylife88” whose account boasts 50 ratings and a 100 percent positive feedback score over the last 12 months.

Our own Molly McHugh has posted an auction for a few of her precious Ello invites, and if she gets rich in the process, we’ll be sure to disclose it next time around. 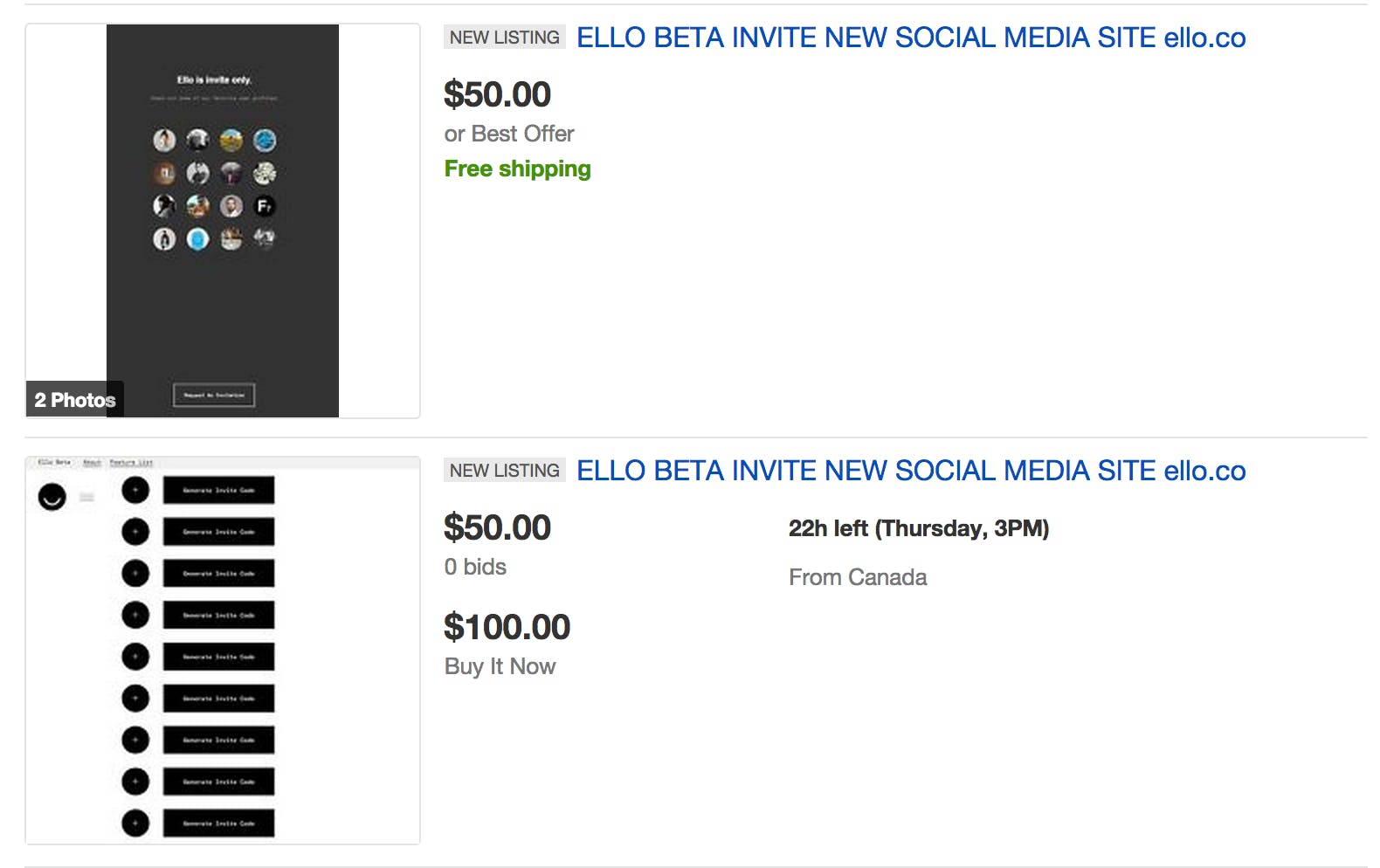