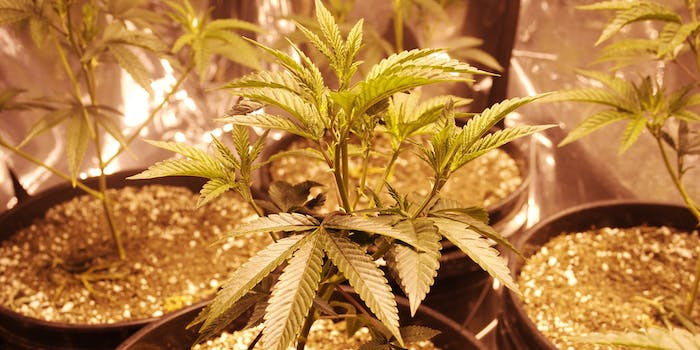 Eaze wants to take the loopholes out of buying pot

Stop and hit the bong like Cheech and Chong.

It’s a universally accepted fact that Uber is, put delicately, pure evil in startup form. But that doesn’t mean it can’t inspire some good in the world. Take Eaze, an app launched yesterday that gets medicinal marijuana delivered to your door within minutes. Naturally, it’s being marketed as “the Uber for pot.” (And no, potheads, before you frantically start scanning the iTunes store, it’s currently only available in San Francisco.)

Eaze was created by CEO Keith McCarty, and while you might imagine that the founder of a weed delivery app would be like a slightly more functional, Silicon Valley-ified version of Matthew McConaughey’s character in Dazed and Confused, McCarty and his fellow Eaze staffers are super legit. He’s a former executive at the business networking app Yammer, and many Eaze staffers have been working in the healthcare sector for years.

Eaze allows users to browse through various strains and quality types of marijuana, such as sativa and indica (not that I would, y’know, know the difference, or anything). It’s not the first app to be touted as a convenient home delivery service, but McCarty says Eaze is intended to make it easier for cancer patients and other medical marijuana users to get weed from various “caregivers,” as it’s often difficult for even those with valid medical marijuana cards to obtain the substance.

“Legal issues aside, the process of acquiring medical marijuana can be slow, cumbersome and unpredictable,” he recently told Pando. “Usually the patient has to manually search several dispensaries each time they order because stock often varies. Verification of medical eligibility can take 24 hours and has to be repeated with each dispensary. Eaze’s technology automates all of that so patients have a consistent, comfortable experience.”

But one question remains: While Eaze is ostensibly intended for medical purposes, is it possible for anyone who doesn’t actually, um, suffer from any ailments to use the app? I’m just, like, asking for a friend.

The answer to that question depends on where you live: McCarty says his team spent months adapting the app to adhere to local regulations, so if you currently live in a state that isn’t California, Washington, or Colorado, where both recreational and medicinal marijuana use are currently legal (or if you happen to be on the New York Times editorial board), you’re unfortunately SOL. But given that the majority of Americans support marijuana legalization, it probably won’t be long before we’re all using Eaze while we eat Cheetos and sync up The Wizard of Oz to Dark Side of the Moon.