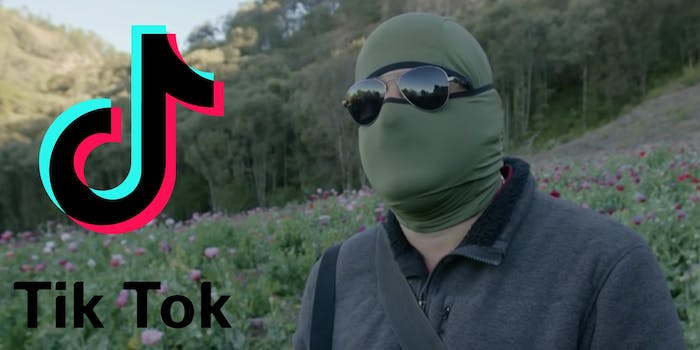 Drug cartels have taken over TikTok

Although the trend will fade, the reality for those affected by the cartels will remain.

Videos that show the activities of Mexican drug cartels have become the hottest new trend on TikTok.

Clips posted alongside hashtags such as #carteltiktok have racked up more than 21.5 million views on the popular social media platform.

Footage under the hashtag includes everything from the relatively mundane to the outrageously sensational, with one clip of alleged cartel members attempting to flee Mexican authorities in a boat appearing to kick off the trend.

Those who view at least one cartel video are quickly ensnared by the TikTok algorithm, which sends users down a never-ending trail of cartel-related content.

Cartel TikTok has now even been eclipsed by reactions to Cartel TikTok, where users share and provide commentary on the popular clips.

While such footage has existed on Mexican social media for years, TikTok is now the vehicle to help further glamorize cartel life to Americans brought up in the age of hit Netflix shows such as Narcos and Ozarks.

But the extravagant TikTok footage hides the reality of extreme violence carried out by cartels against both rivals and innocent bystanders.

That’s why Alejandra León Olvera, an anthropologist at Spain’s University of Murcia, believes such videos are nothing more than “narco-marketing.”

In a statement to The New York Times, Olvera said cartels “use these kinds of platforms for publicity, but of course it’s hedonistic publicity.”

The trend has also been noticed by members of Mexico’s Federal Police, commonly referred to as the Federales, who have responded by publishing videos of their own.

Although TikTok says it is actively removing videos related to the popular trend, the effort seems futile as the hashtag continues to be flooded with content.

Speaking with the Times, a TikTok spokesperson added that the company is “committed to working with law enforcement to combat organized criminal activity” as well.

While the trend will undoubtedly fade in the fast-paced world of TikTok, the reality on the ground for those affected by the cartels will remain.

Mexico, which registered a record 34,582 murders last year, is already set to surpass that number by the end of 2020.