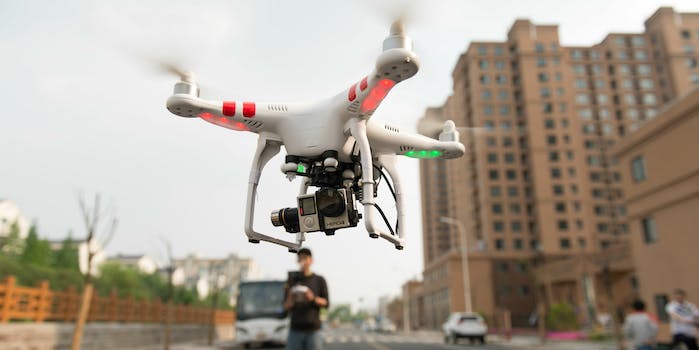 Drones are illegally flying over U.S. military air space about twice a day

Two drones were spotted each day.

Drones sold at most electronics stores are circling the skies above restricted military infrastructure in Washington, D.C.

A study conducted by the U.S. Department of Defense and drone monitoring company Dedrone found that, on average, two unauthorized drones flew over restricted military space each day in mid-2017.

The drones were spotted by detection systems installed on the roof of the National Defense University at Fort McNair. It discovered 52 drones entering the ground over a period of 26 days. Another test at Fort Myer found 43 unauthorized drones over 30 days. Most of the drones, made by popular brands like DJI and Parrot, can be bought off the shelf at any electronics store for a couple hundred dollars.

“This is a concerning rate, especially in light of international incidents where drones have crashed into other aircraft, and been used by terrorists, and used in other illicit activities,” Dedrone CEO Jorg Lamprecht told CNBC.

Consumers drones have become more sophisticated, capable, and affordable over the past few years. Concerned about potential security risks, military groups and aviation organizations are looking to pass regulations and create new ways to shoot them down. The French Air Force, for example, is training eagles to attack quadcopters, while an Ohio-based company is using radio-jamming pulse guns.

Demand for regulation is at an all-time high following several troubling incidents. Last week, the Islamic State used a consumer drone to drop an explosive on an ammo dump in Syria, setting off a chain of larger blasts. Last month, an Army Black Hawk was hit by a drone and suffered minor damage. Similarly, a passenger aircraft sustained minor damage after it struck a consumer drone above Canada in mid-October.

The Federal Aviation Administration recently passed its first airspace restrictions on unmanned aircraft.  Drone flights up to 400 feet are now forbidden at 133 military facilities throughout the U.S. Anyone who violates those rules could be subject to criminal charges.