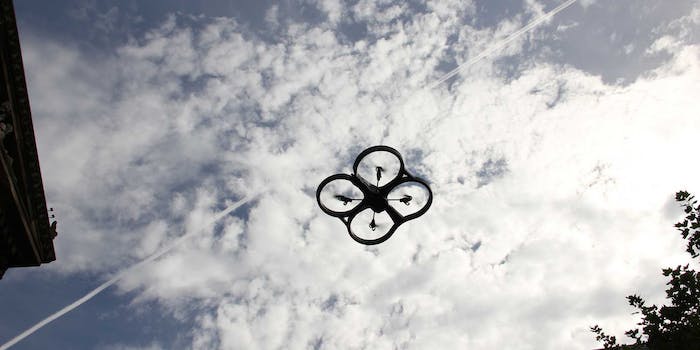 An evening at the NYC Drone Film Festival

You can only watch so much slowed down aerial nature footage.

I did not enjoy the New York City Drone Film Festival.

On Saturday, a few hundred people packed themselves into New York’s Directors Guild of America Theater to take in some short movies that were filmed by from everyone’s favorite aerial platform: the drone. The rules were simple. Each film was to be five minutes or less, and at least 50 percent of each movie had to be shot by drone.

After a rather self-indulgent and wholly forgettable “red carpet” experience, the films began. Not even 15 minutes into the festival, the audience was treated to a bird’s eye view of an erupting volcano, with hot magma spewing skyward and nearly touching the camera lens. Then we got to see notorious stunt cyclist Danny MacAskill ride daredevil-style down a mountain in his native Scotland. A montage of airplanes coming and going at Mexico City International Airport offered all kinds of eye candy (it included a disclaimer to never fly a drone near airports; the producers had worked out a special arrangement with air traffic control, for the record).

I reached peak grumpiness during the “dronie” category.

But after these brief moments, it was all downhill. At least three times, emcee Randy Slavin threw out an eager rallying cry to the effect of “Have you ever seen architecture/surfers/volcanos this way before?” 45 minutes into the festival, the answer was yes. Yes, we have. They’re lovely and visually stunning from drone perspective, and because of the turn-and-burn pace of the festival, that beauty started to feel redundant.

The “films” started to bleed together so quickly, becoming indistinct and boring. Each one was beautiful, yes, but in very little time, I felt like I was being assaulted by gorgeous aerial  footage that had been slowed to 80 percent of its original speed to smooth and glamorize the shots. It was boring.

I reached peak grumpiness during the “dronie” category. For the uninitiated, this word is digital native shorthand for “picture taken of yourself via drone.” There’s not much to it: The drone pilot is visible for a moment, radio control in hand, before piloting the camera-equipped drone away from himself. There were six entries in the category, three of them by the same director. This particular dronie enthusiast, one Florian Fischer, used identical music and scene construction for each. The audience sees a high-altitude shot descend to ground level, every time revealing a man on his back (once in the middle of a road, once floating in water, and once on a remote tropical island). Then the shot returns skyward. Again, identical music for each, and the festival chose to play them consecutively.

Fischer won the category. Adding to my grumpiness: Each of his dronie shots (it no longer feels fair to call these “films”) got separate entries in the festival’s program. The text accompanying each one was identical. It was lazy. 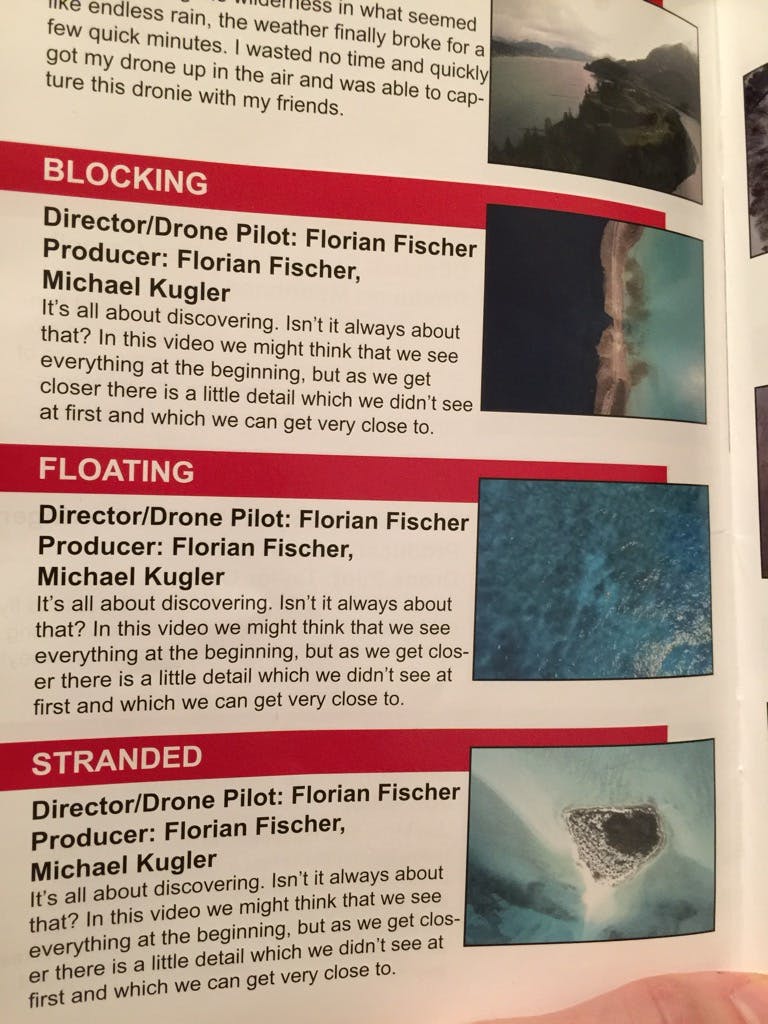 The standout films (and frankly, what should have been the focus of the festival) were in the narrative category—you know, storytelling and stuff. This category opened with a miss: a montage of a boy riding a bicycle through rural Norway (not a story). But the other films quickly made up for it. A chilling drone’s-eye-view sci-fi film called Our Drone Future laid out a hypothetical world in which drones are used to repress the public, some of whom are eager to fight back.

The savior of the evening was the remarkable Superman With A GoPro. I don’t even want to tell you about it—just watch this tremendous movie, which won its category:

When he introduced the film festival, Slavin referred to drones as “just one more storytelling tool in our belts.” He’s quite right: Drones are indispensable for getting miraculous shots that would otherwise be impossible to capture for making a great movie (that volcano!). But to ignore the other tools that these talented filmmakers are no doubt very capable with—like plot, and character development—makes for a very boring film festival experience.

But this is only the first time this event has been held. Here’s hoping next year will be better.

Photo via millstastic/Flickr (CC BY 2.0)