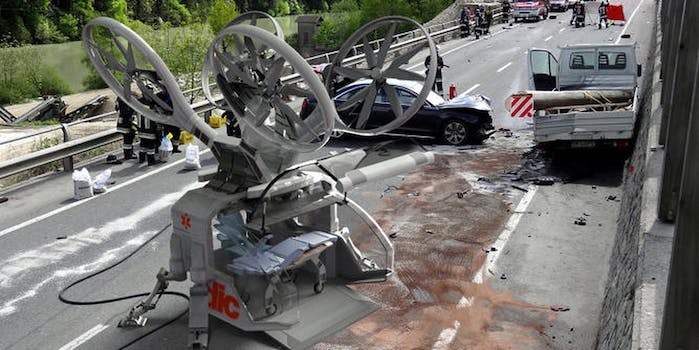 Will drones become the new ambulances?

They could be flown autonomously or by a pilot and would be capable of landing almost anywhere.

What are some of today’s most sorely needed design innovations in the healthcare industry? That was the question put to various firms by Fast Co. Design and one of the responses was both strange and yet incredibly likely to be implemented.

Argodesign’s proposal for a drone ambulance looks like it could come flying straight out of a Hunger Games movie. The drone, a quadcopter carrying a pod big enough for a single EMT and one patient, could be flown autonomously or by a pilot and would be capable of landing almost anywhere. 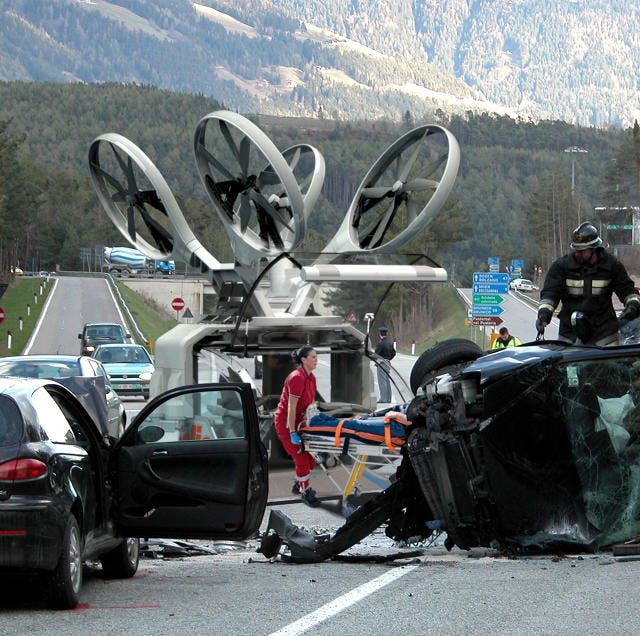 “Obviously, it’s not a thoroughly vetted concept, but I think it’s extremely intriguing where drones might show up,” argodesign founder Mark Rolston told Co. Design. “It would be nice to see them used this way, rather than another military function or more photography.”

Of course, the primary benefit of a drone ambulance would be its ability to avoid ground-based traffic, saving precious seconds or minutes that might mean the difference between life and death for a heart attack or car accident victim. A single pilot could command a large number of these drones, say the designers, since each unit could be flown on autopilot a majority of the time and would require human assistance for only the most difficult maneuvers.

As crazy as this idea sounds (and looks) it really might not be that far-fetched. Self-driving cars are on the verge of becoming a reality and drone technology is getting better and cheaper all the time. Argodesign says it was these two intersecting technologies that inspired them to come up with the proposal during early brainstorming sessions.

Although the whirring propellers of life-saving quadcopters might still be off in the distance, it can’t be too long before someone figures out how to make this concept a reality.