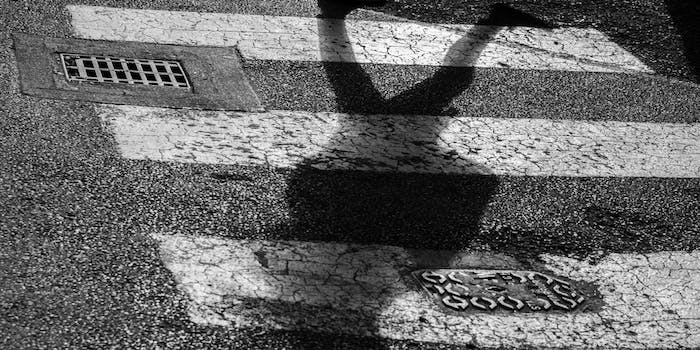 Soon after a 16-year-old Florida boy was run over by a car Sunday night, the picture of his dead body, allegedly taken by the driver of the vehicle that hit him, appeared on Twitter. And the family of 16-year-old Trevius Williams is irate that the driver of the Hyundi Accent, identified by Jacksonville police as 19-year-old Keenan Slaughter, wasn’t charged with doing anything illegal.

“To be honest, I’m enraged,” Connie Coles, Williams’ mother, told the Florida Times Union. “I don’t know whether to be mad or sad.”

Coles said she sent out her son for a loaf of bread, but as he was attempting to cross a street without using the crosswalk, Slaughter’s car hit him. According to the police report, the weather was clear and the road was dry. Slaughter also had no obstructions blocking his view. Coles told the newspaper she didn’t see any skid marks at the site, and she believes Slaughter didn’t try to avoid hitting her son.

Then, Slaughter allegedly posted the photo of Williams’ body to Twitter with the words, “I just killed a man,” and “RIP.”  Slaughter apparently deleted the tweet before Coles saw it.

“Who does that? You have to be some type of monster,” Coles said, via NBC News.

Police told the newspaper that Slaughter, in posting the photo, had done nothing illegal and that he remained at the scene after the accident and cooperated with police. Police also didn’t test Slaughter for drugs or alcohol, because they didn’t have any suspicions that he was under the influence.

But Coles points to a tweet written by Slaughter a few hours before the accident in which he made a reference to drinking “lean,” a mixture of liquid codeine and either soda or fruit punch.

That tweet, it should be noted, is entirely composed of lyrics from a song called, “Kill Me,” by rapper Ballout.

Still, Coles wants the police to continue investigating and said she plans to take Slaughter to court.

“If he had any remorse, he didn’t show it by immediately running over my child and jumping out [of] his car, taking a picture of my son laying in the middle of a highway dying instead of dialing 911,” Coles told WJAX-TV.