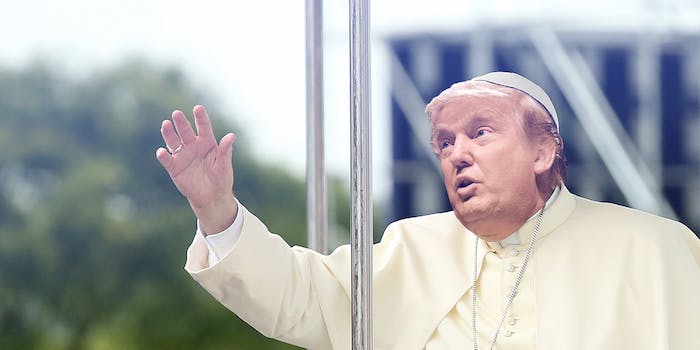 But Hillary Clinton and Barack Obama are the real winners.

What do a bombastic billionaire and God’s vessel on Earth have in common? The lukewarm adoration of America, that’s what.

“Trump’s surprisingly strong and often controversial presidential campaign has made him a prominent news figure this year and, thus, top-of-mind for many Americans,” Gallup wrote in a blog post. “This helps explain his strong showing when Gallup asks Americans, in an open-ended fashion, to name the man they admire most.”

Presidents almost always win the “most admired man” poll, according to Gallup, though they usually only win while they hold office. Only former President Dwight D. Eisenhower has won more than eight times (he’s won 12 times), and Obama is the only other man to win eight times. 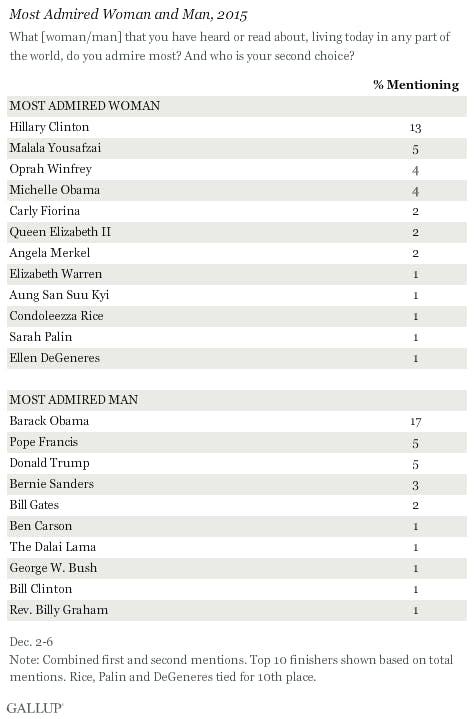 Clinton has earned the top spot in this Gallup survey for the past 14 years and 20 times since 1993.

Gallup’s survey, conducted between Dec. 2-6, polled 824 adults across the U.S. on landlines and cellphones. It has a margin of error of plus or minus 4 percent.