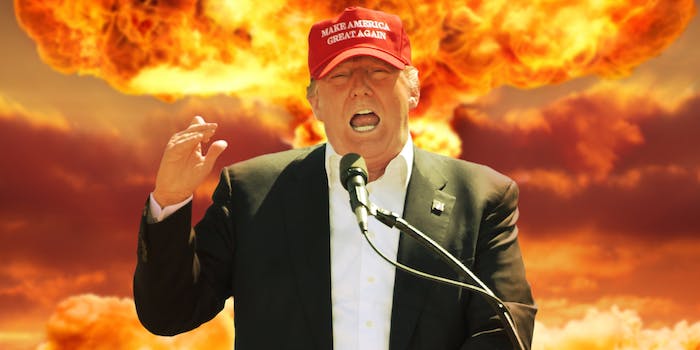 Everything's going to be fine. Right?

President-elect Donald Trump on Thursday said the United States must expand its nuclear arsenal until the rest of the world “comes to its senses.”

Trump’s vague call for expanded U.S. nuclear capabilities quickly caused some to panic, concerned that the president-elect was threatening to use nuclear weapons.

Trump has expressed a willingness to use nuclear weapons in the past.

Can a tweet erase 30 years of careful crawling toward peace and stability? Is it possible to look death in the face via a tweet? https://t.co/pDiUMAWLMt

Hey @support I feel like this guy is threatening and harassing a planet full of people? @jack https://t.co/SbuNWI3u8r

Well, we've had a good run. We didn't get to beat the dinosaurs but, hey. https://t.co/P41wNAMPSB

The beginning of the end, folks. https://t.co/TVRxuADaXC

A Trump transition team spokeswoman did not immediately respond to our request to clarify what Trump meant by “greatly strengthen and expand [U.S.] nuclear capability” or what it means for the world to come to “its senses regarding nukes.”

The U.S. currently possesses approximately 7,100 nuclear weapons, according to the nonpartisan Arms Control Association. Of those warheads, 2,500 have been stockpiled while they await dismantlement, 4,571 warheads are ready for military use, and 1,367 are currently deployed at airforce bases. 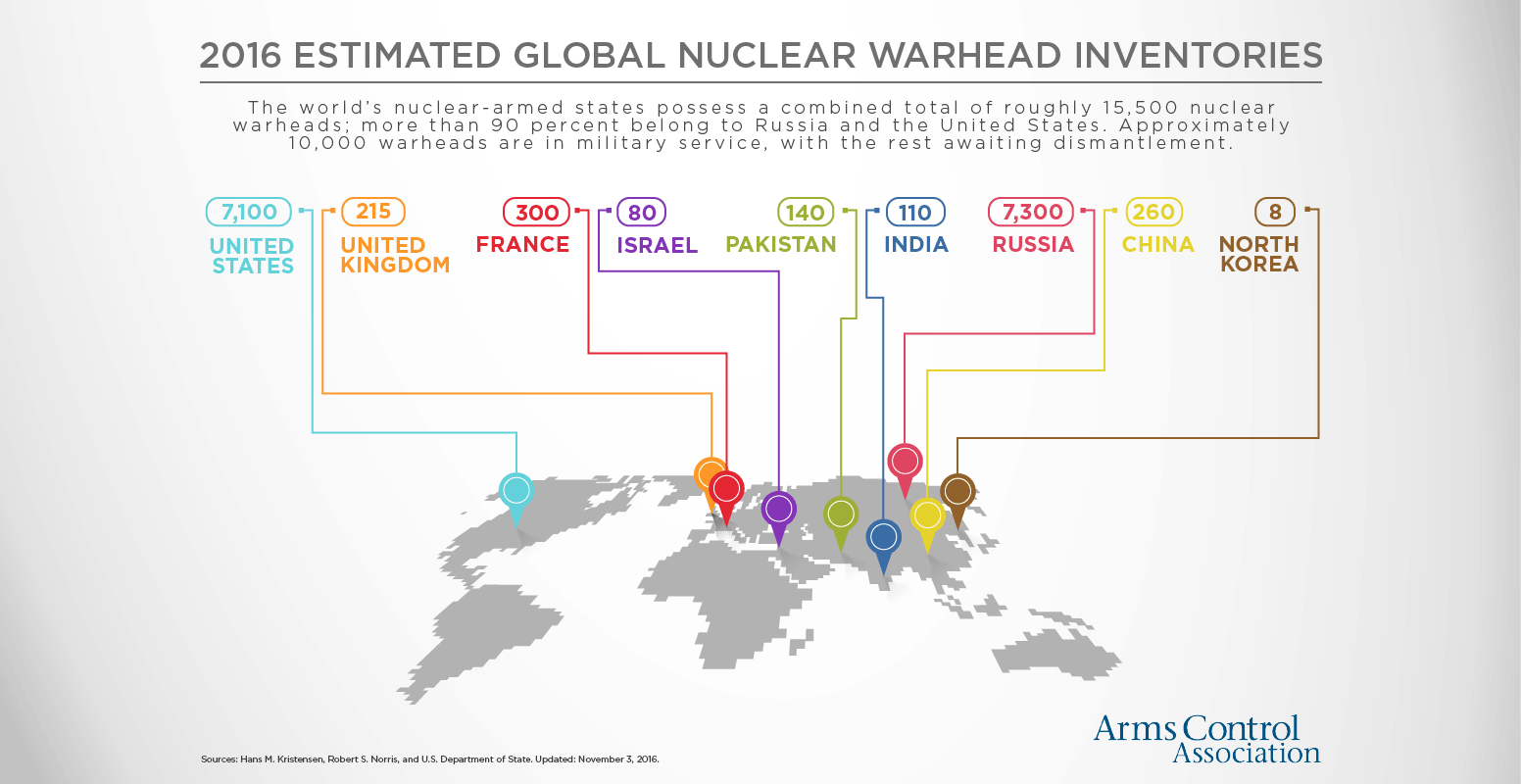 The current U.S. stockpile of nuclear weapons, both operationally deployed and those held in reserve, “is the smallest it has been since the Eisenhower administration,” according to the U.S. National Nuclear Security Administration, a semi-autonomous agency within the U.S. Department of Energy, which is charged with the upkeep of America’s nuclear arsenal.

It is possible that Trump’s call for greater strength and capability of the U.S. nuclear arsenal aligns with President Barack Obama’s proposed $348 billion plan to upgrade U.S. nuclear warheads and delivery systems over the next 10 years.

“We need to strengthen the military potential of strategic nuclear forces, especially with missile complexes that can reliably penetrate any existing and prospective missile defense systems,” Putin said, according to AFP.

“We must carefully monitor any changes in the balance of power and in the political-military situation in the world, especially along Russian borders, and quickly adapt plans for neutralizing threats to our country.”

Trump’s team did not yet respond to a request for comment on Putin’s statements.

Russia is the only country in the world with more nuclear weapons than the United States, with 7,300 warheads. Roughly 4,500 of those weapons are currently stockpiled or deployed.

Last year, the Review Conference of the Parties to the Treaty on the Non-Proliferation of Nuclear Weapons—a meeting held every five years by the signatories of the 1970 Non-Proliferation Treaty—fell apart due to disagreements over the establishment of a weapons of mass destruction-free zone in the Middle East, according to a post-mortem published by the Centre for Policy Research (CPR) at United Nations University.

The conference attendees had previously missed a 2012 deadline, imposed during the 2010 NPT conference, to decide the matter. A new agreement introduced by the Russians would have imposed a similar March 2016 deadline for convening the conference on the Middle East issue. While the U.S. disputed the deadline, Canada argued to include non-NPT Israel in discussions about the WMD-free zone. Russia pinned the group’s failure to approve a consensus document on the American and Canadian delegates, whom the country labeled obstructionists, only furthering the rising tensions between Moscow and Washington.

Nuclear deterrence has been an integral part of U.S. policy since the late 1940s, when the former Soviet Union first acquired the bomb. The Obama administration’s policies toward nuclear weapons are often colloquially referred to as the “Prague Agenda,” named after a visit the president made to Prague in 2009 to reassure the world of “America’s intent to seek the peace and security of a world without nuclear weapons,” to quote the Department of State’s Rose Gottemoeller, acting undersecretary for arms control and international security.

The Obama administration, said Gottemoeller in 2012, “has been committed to reducing [the role of nuclear weapons] in our national security strategy.” Gottemoeller described the U.S. policy which Trump now appears poised to dismantle: “We are not developing new nuclear weapons; we are not pursuing new nuclear missions; we are working toward creating the conditions to make deterring nuclear use the sole purpose of our nuclear weapons; and we have clearly stated that it is in our interest and the interest of all other states that the more than 65-year record of nuclear non-use be extended forever.”